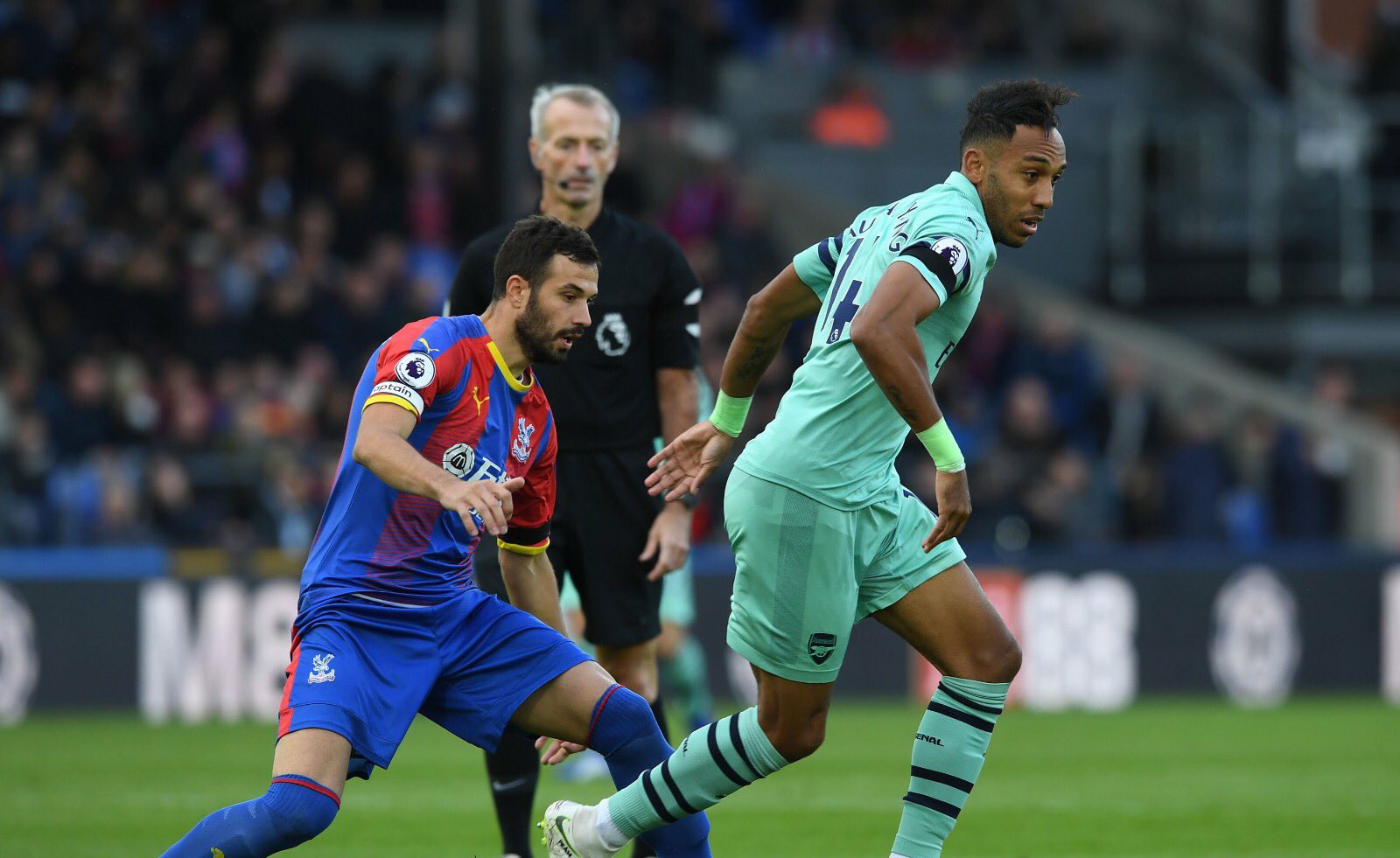 Arsenal’s winning streak ended on Sunday when the gunners made a 2-2 draw with Crystal Palace at the Selhurst Park. The gunners were one gone down in the first half but came back stronger in the second half and Granit Xhaka scored a beautiful free kick goal which made it 1-1.

Arsenal didn’t take long to get their second goal of the day as Aubameyang flicked the ball into the back of the net in a congested penalty box. The gunners then held onto their lead as they looked for another goal but surprisingly, Arsenal boss Unai Emery substituted Aubameyang off to bring in Aaron Ramsey who failed to make an impact.

The decision by Unai Emery has been criticized by most Arsenal supporters because they didn’t understand why the coach would remove a player who could have kept pressure on the Crystal Palace defenders. One Arsenal fan wrote on Twitter after seeing that Aubameyang has been replaced.

“then why are you replacing him? Why not let him score again?”

This shows how Aubameyang also believes that he shouldn’t have been replaced because he would have still contributed much while still on the pitch. It seems Unai Emery’s substitutions on Sunday have disappointed many Arsenal supporters and maybe even players because Mesut Ozil was seen snubbing Unai Emery’s hand as he walked out from the pitch.

Granit Xhaka Accepts Mistake He Did On Sunday