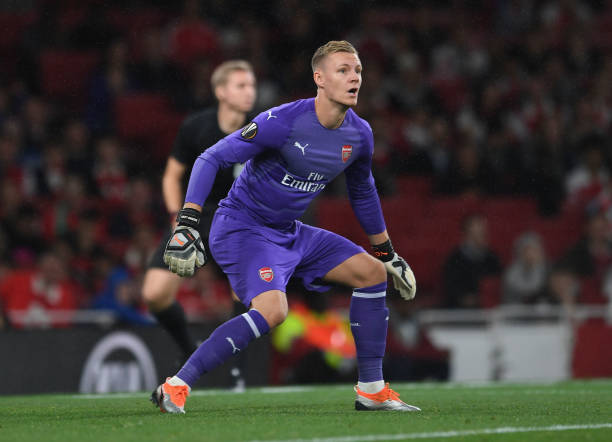 Bernd Leno has been at Arsenal for three months after his arrival in July but he has only taken part in three competitive matches for the gunners this season because Unai Emery favours Petr Cech over him.

Arsenal hosted Watford at the Emirates Stadium last weekend and Petr Cech got injured during the match and Unai Emery said that the Czech Republican international might miss two to three weeks due to the hamstring injury. So let’s take a look at the matches which Bernd Leno will play in the absence of Petr Cech.

You may have noticed that we jumped Arsenal’s match against Qarabag in the UEFA Europa League, we expect Unai Emery to give Emilliano Martinez a chance to play for the first time this season since the young goalkeeper needs to also build his confidence.

So Bernd Leno will play Arsenal’s Premier League match against Fulham, it won’t be an easy match because the gunners will be away from home and the club they will be facing just got promoted to the Premier League this year.

This will be Bernd Leno’s second match in the absence of Petr Cech and the German goalkeeper will be hoping to put on a good performance against the Foxes.

This will likely be Bernd Leno’s third match which he plays while Petr Cech is on the sidelines and him keeping a clean sheet in these three matches would help him get trusted more by Unai Emery.

Arsenal boss Unai Emery has already shown that he drops a player if he doesn’t play well in matches, so it will be interesting to see if Bernd Leno will be able to become the manager’s first choice goalkeeper while Petr Cech is still on the sidelines. Arsenal fans have urged Unai Emery to be using Leno in the Premier League and they will be hoping to see if he is good as they expected.