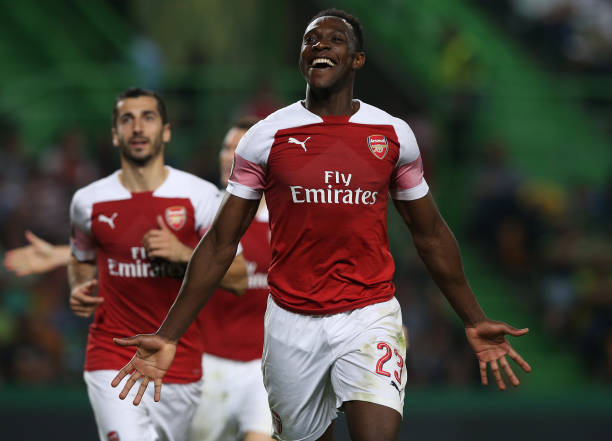 Arsenal’s winning streak has continued today after the gunners defeated Sporting Lisbon at its own home and the gunners have now go to the top of their UEFA Europa League group.

Arsenal came into this match while they were fully confident of win since they had won its last 10 matches but they however did put into consideration that it would be a bit tougher today because they were 1000 miles away from home. The gunners however showed that they more superior than Sporting Lisbon as they had the most possession of the ball even though they failed to get a weak spot in their opponent’s box.

The first half was a bit boring because the gunners looked frustrated because Sporting Lisbon played a defensive game and made some poor attacks which didn’t fruit anything because the gunners were very cautious at the back even though Unai Emery had played Granit Xhaka in the left back position yet he is a central midfielder.

The second half was better for the gunners because they took full control of the game and started making dangerous attacks but failed to get a goal despite their efforts and creativity. Unai Emery brought in Lucas Torreira, replacing Mohamed Elneny who had failed to stabilize the midfield. Danny Welbeck scored a header for the gunners but it was ruled out because he had made a push.

Arsenal finally got their long-awaited goal after a quick counter attacking move saw the Arsenal players send the ball into the Sporting Lisbon half and Aubameyang wanted to stop it but failed but luckily, Danny Welbeck was able to get to it and sent in a powerful shot into the back of the net in the 77th minute. A few minutes later, Welbeck was replaced by Lacazette.

Sporting Lisbon tried to get back into the match but their efforts didn’t yield as the gunners won the match with a score line of 0-1.