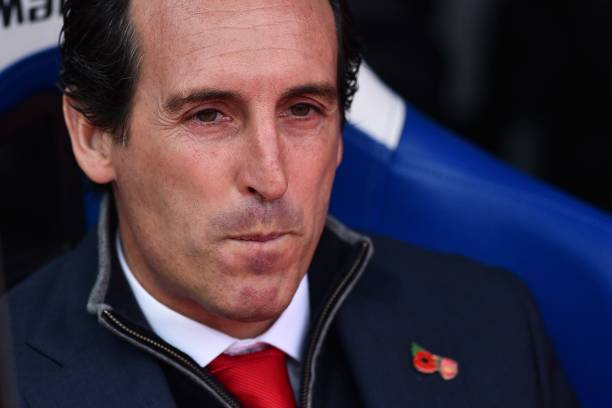 Arsenal drew with Crystal Palace on Sunday but that match has brought a lot of question marks on Unai Emery’s tactics because the Arsenal fans weren’t happy with the substitutions he made in the second half.

Mesut Ozil was selected in the starting eleven that played Crystal Palace on Sunday and the midfielder had a tough game because the match was very intense, and was very physical because the Eagles have strong players. Unai Emery decided to substitute Mesut Ozil to bring in Danny Welbeck but it seems the German international wasn’t happy about this.

Mesut Ozil angrily came to the bench and even snubbed Unai Emery’s handshake as he proceeded to his seat, he even threw the gloves which he was wearing and the Arsenal fans are now debating on if he was un happy with the coach or his own performance. Unai Emery was asked in his post-match press conference about the body language of Mesut Ozil as he angrily left the pitch, and he said;

“No, it is normal not to be happy. I like the players like him who show the character when we are not playing well, and when I substituted him at 2-1 usually every player wants to continue playing.” Unai Emery told Arsenal.com.

Arsenal fans hope that this doesn’t turn out to be a big thing because the last thing they want at the club is the players not getting along with a new coach who has been there for a few months.