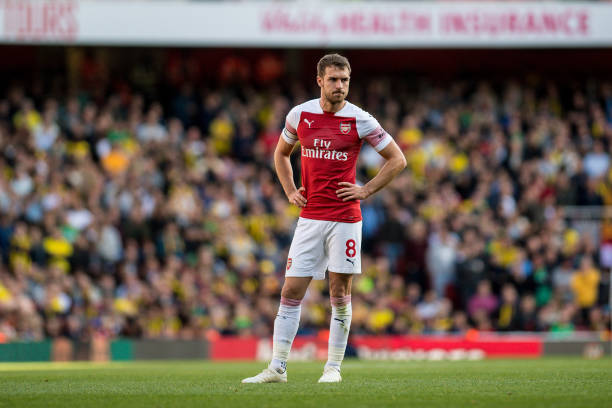 Aaron Ramsey’s current contract at Arsenal will expire next year and the Wales international confirmed that he has no intention of leaving the Emirates Stadium in the January transfer window as most reports claim.

The gunners had spent months in negotiations with Aaron Ramsey and his representatives but there was still hope that they would soon be reaching an agreement but all of a sudden, the North London club withdrew the deal which the player was about to sign.

Arsenal boss Unai Emery held a pre-match press conference today ahead of their match against Leicester City and the Spanish coach says that he doesn’t worry about whether Aaron Ramsey signs a new deal or not because his focus is always on the next match.

“It’s the same, my answer. My focus is on every match. The football, the future is tomorrow.” Arsenal boss Unai Emery told Arsenal.com.

“My reason, I explain to every player and to you also, I want the mentality for the next match. Individual things are not for me to speak about now.”

It seems Unai Emery always avoids the question of if Aaron Ramsey will stay at Arsenal, you can clearly see that he has always given the same answer which is like that above. Arsenal legend Paul Merson recently said that he believes that Unai Emery is the one who told the club to withdraw the deal given to Aaron Ramsey.