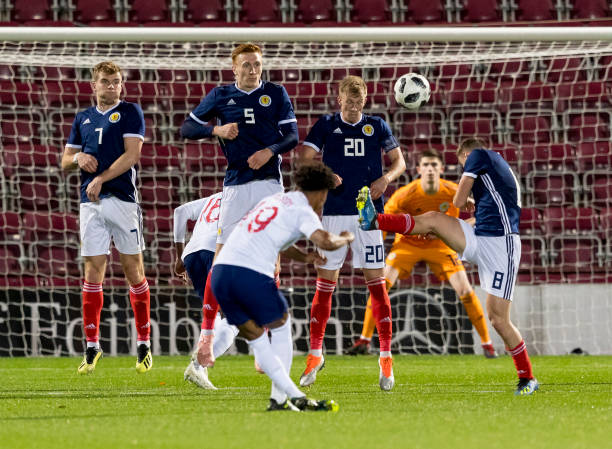 Arsenal midfielder Reiss Nelson was loaned to German based club Hoffenheim after Unai Emery decided that the young Englishman needed to get some experience outside England and he has so far been impressive there.

Reiss Nelson was selected in the England Under-21 squad that faced Scotland on Tuesday, the match ended 2 nil in the favour of the English men. Reiss Nelson scored one of the goals which England got and he then decided to share it to his followers on his official Twitter account.

It was a nice free kick goal, it is fascinating how it was 30 yards out but the Arsenal youngster was able to get it in.

One of the Arsenal fans replied “I can’t wait to see you back at Arsenal” and others praised him for being a complete player who can be considered as a future star in the making. It seems the Arsenal supporters have followed the progress of Reiss Nelson ever since he made his breakthrough in the 2017 pre-season matches.

Reiss Nelson will now be going back to Hoffenheim to meet his teammates since the international is ending. He will have the hope of being in the starting eleven of Hoffenheim since he impressed for his national side.