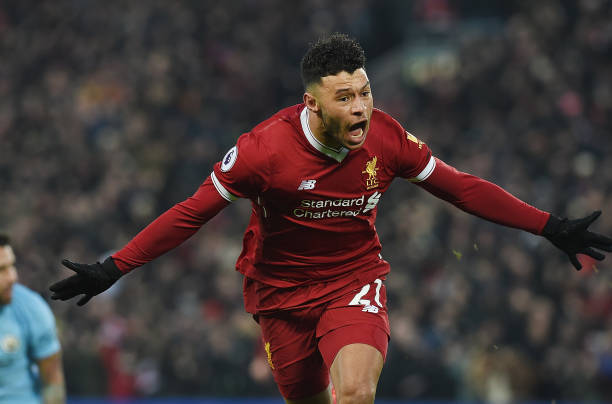 Liverpool completed the signing of Alex Oxlade Chamberlain in the 2017 summer transfer window after the Reds saw their £35million bid accepted by Arsenal. During Alex Oxlade’s career at the Emirates Stadium, he was always on the sick-bed because he was injury prone and some of his injuries saw him miss like half a season.

Liverpool fans were expecting to see a more different Alex Oxlade Chamberlain at the Anfield but things haven’t worked out well for the Englishman even at his new club because he is currently injured, and hasn’t made any appearance for the Reds this season since he sustained an injury way back in April.

It is reported that Alex Oxlade Chamberlain will soon return from his injury even though he hasn’t started full training but he has however made a dig at Arsenal fans as he said that he is happy with the Liverpool fans for showing him support even though he is injured unlike the other fans of his past team’s that he didn’t mention who instead criticise him instead of giving him support as he recovers.

“I have had injuries in the past where it’s been difficult because pressure from fans has been (he’s injured again) or (we can’t trust him he’s always injured).” Alex Oxlade Chamberlain told Liverpool’s official website.

“But I have got injured here and I’ve had nothing but positive feedback from the fans, which for me I can’t thank them enough and that’s what keeps me going every day to try and reward their patience and support.”

Even though he did not specifically talk about the gunners but he must have meant the Arsenal fans because he spent many years at the Emirates Stadium but sustained many injuries in that period that made the supporters lose faith in him.

Lacazette Says That Mesut Ozil Isn’t The Real Shirt no.10