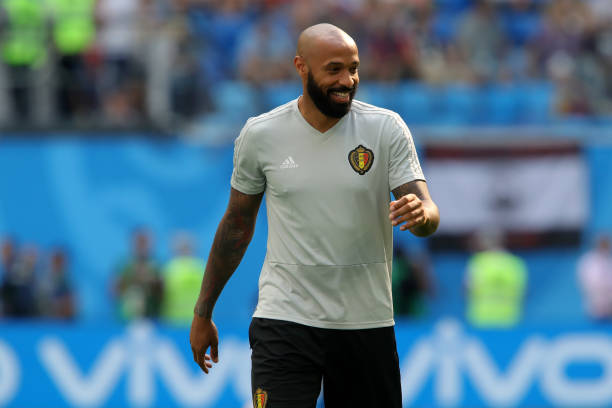 Arsenal legend Thierry Henry was appointed as the manager of Monaco a few weeks back but the inexperienced young coach has found life hard at the French club because he hasn’t won any match yet. Monaco welcomed Club Brugge at the Stade Louis II stadium and the visitors defeated Henry’s team by four goals to nil.

Thierry Henry used to be a Sky Sports pundit before he decided to push for his dream of managing clubs and he has now been given the Monaco job but things aren’t going well for him at his first club. The Frenchman used to criticize managers including Arsene Wenger for making poor decisions while on the touch-line but he is now feeling the heat too. The Arsenal fans and many other people have today made several tweets about Thierry Henry’s disastrous coaching career. You can take a look at some of them below.

@GNev2 or @ThierryHenry for worst mangers of the century? Legends of the game but stick to punditry lads… the joke is on you now, all the mangers you guys been ripping on sky sports, sweet revenge ???????????? #Monaco #HenryOut ???? https://t.co/G6BxfVgtnl

Coach @ddun1025 come for your stone, when u said a lot of pundits do handsight analysis, some blockheaded journos in Ghana crucified u.
Now dey see @ThierryHenry Real size. TV coaching is different from training and match coaching.
CC@SkySports @BBCSport @SaddickAdams

Thierry Henry proving once again that it doesn’t matter how good a player you are, it doesn’t mean you can manage at the same level

Some Arsenal fan said that he doesn’t believe that some people wanted him to be appointed as the new coach of the North Londoners when Arsene Wenger resigned in May. If Thierry Henry fails to make some changes that will improve Monaco, they are rumours that he will be fired before we go into 2019.