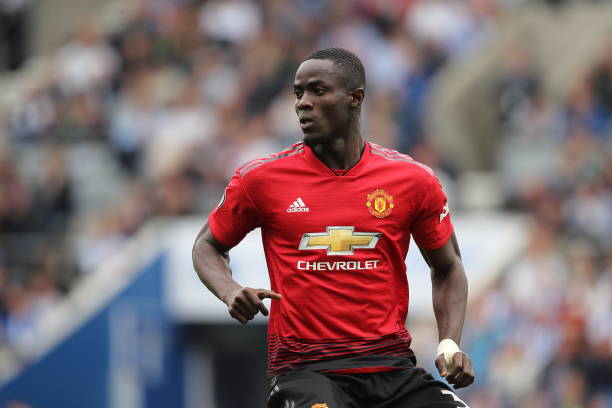 Arsenal has conceded fifteen goals in the Premier League this season and this isn’t good because they have only played 12 matches in this 2018/19 campaign. The Arsenal fans have urged the gunners to sign a new defender in the January transfer window since their current centre backs haven’t been that impressive.

Manchester United defender Eric Bailly has been on Arsenal’s radar for a long time but the gunners failed to convince him into coming to the Emirates Stadium in the summer transfer window but Daily Record claims that the gunners have made an enquiry about the availability of signing the Ivorian international.

The report also claims that Eric Bailly isn’t happy at Manchester United because his current boss Jose Mourinho usually leaves him out of the starting eleven and the gunners will be hoping to use this opportunity to urge him into joining them but they will however face competition from Tottenham Hotspur who are also interested in the defender.

Unai Emery will however hope to first see if the return of Laurent Koscielny and Dinos Mavropanos will fix their defensive problems because these two being fully fit helps the other centre backs to get enough rest. Rob Holding has stepped up his game after the injury of Sokratis Papastathopoulos and the Englishman has so far been doing great in that position but the Arsenal fans still believe they have weak defence since they are conceding in most of their matches.

Eric Bailly is an exceptional defender that has great experience and would help the gunners keep their defence intact but the question is, will Manchester United easily let go of him?