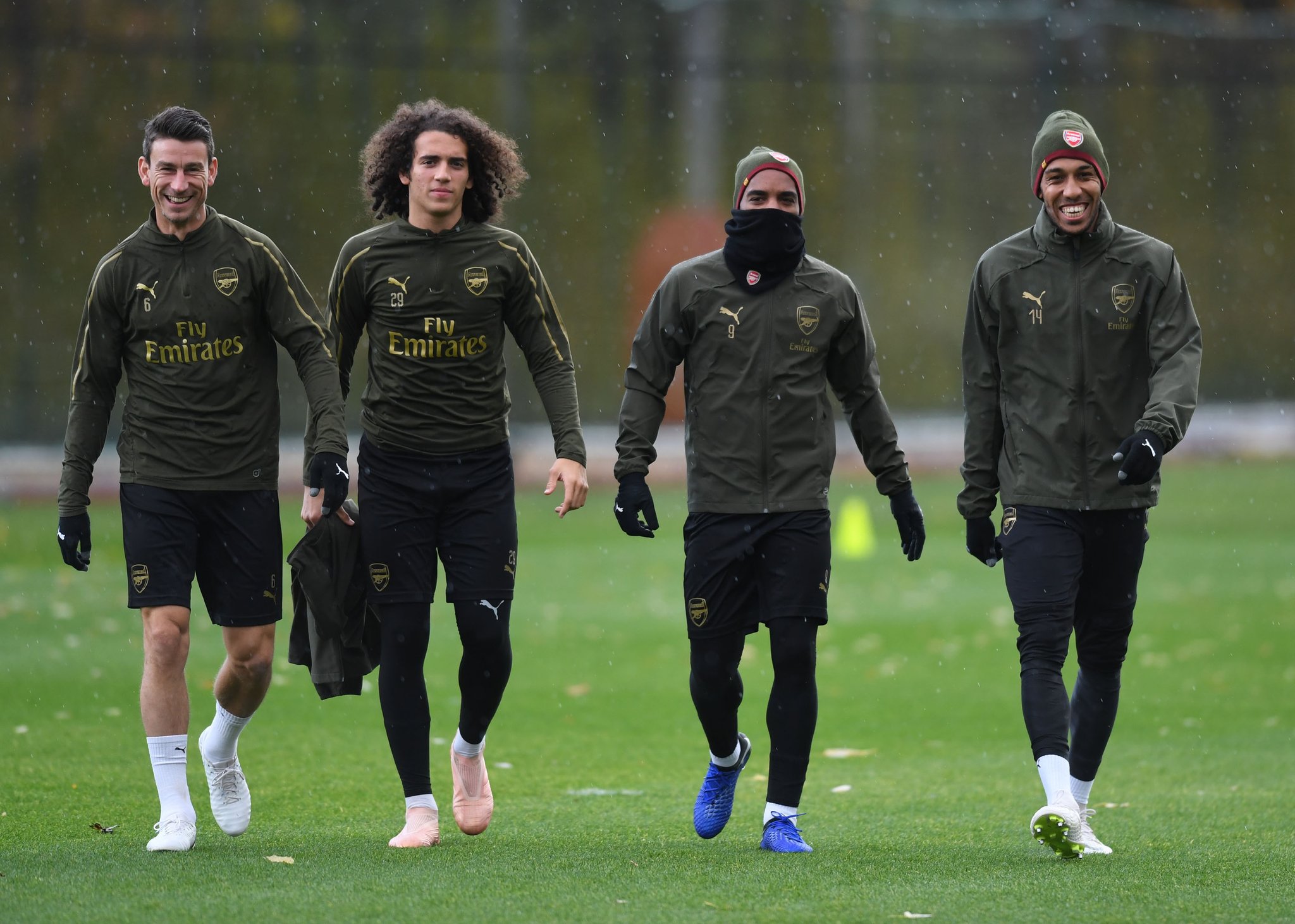 Arsenal will tomorrow face Wolves at the Emirates Stadium and the gunners will be hoping to get a win before the international break. Arsenal’s injury list has increased in the last few weeks but some of the injured players are coming back to the squad this weekend.

The Arsenal players were on Saturday at the London Colney training grounds to prepare for their match against Wolverhampton and the club has this evening tweeted a picture of Arsenal players including Laurent Koscielny in what seems to be a rainy session.

Most Arsenal fans happily replied that they were happy that Laurent Koscielny is back in full training after having spent many months on the sidelines. Laurent Koscielny was chosen as the main captain of Arsenal by Unai Emery and it’s great that he is back because he will help them out  in the defence since they are participating in many competitions.

Arsenal boss Unai Emery has in his most interviews said that he doesn’t want to risk Laurent Koscielny by bringing him back to the pitch when he isn’t fully fit but I believe that the fans will finally see him on the bench when they face Wolves this weekend.