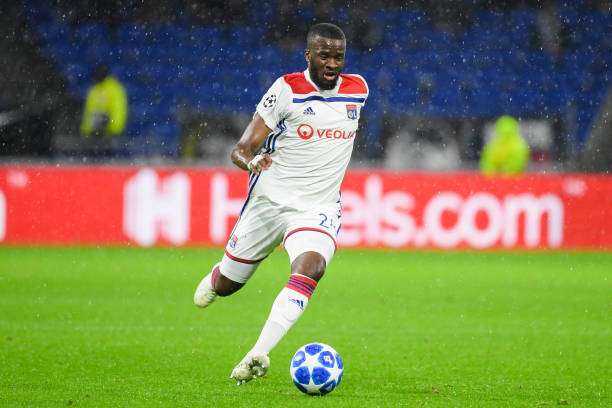 The January transfer window will be opening in a few weeks from now and the Arsenal fans can’t wait to see their team sign new players that will help them get a spot in the Premier League top four and as well as competing for other major honours.

Aaron Ramsey will leave Arsenal in the January transfer window and a report by the Mirror claims that the gunners are among the clubs that have kept tabs on Lyon midfielder Tanguy Ndombele who has been impressive in the French Ligue one. Even though most Arsenal fans believe that the gunners need new wingers but they will however need to replace Aaron Ramsey if he does leave in the winter transfer window.

Tanguy Ndombele is just 21 years old and he has so far made four assists for Lyon in the 14 appearances he has made this season but the gunners will however face strong competition from teams like Everton and Manchester City who are also tracking the French midfielder.

The gunners have many central midfielders and it will probably be surprising to the Arsenal fans if they see Unai Emery sign Tanguy Ndombele yet they have advised him to sign a winger since their last recent streak of draws showed that they are poor on the flanks.