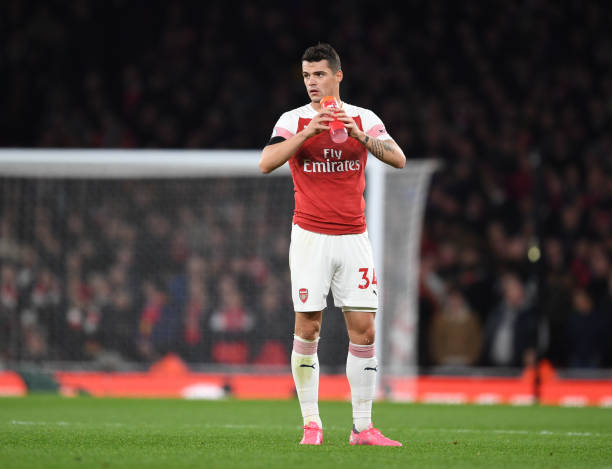 Arsenal appointed Unai Emery as their new manager after the departure of Arsene Wenger and the Spanish coach has been impressive in his first few months at his new club. Even though the gunners are currently in the fifth position on the Premier League table, they are still unbeaten in their last 16 matches.

The new Arsenal boss has managed to rejuvenate many Arsenal players including Granit Xhaka who the fans believed that was their worst performing player last season. The Swiss international has improved on his performance even though he did make a mistake recently against Wolves but overall, he is having a good season.

As most football pundits and analysts have said, the introduction of Lucas Torreira into the Arsenal squad has helped Granit Xhaka because he now plays freely well knowing that the Uruguayan international is protecting the defence. Granit Xhaka is in the Switzerland camp because he received a call up and the midfielder was asked about Arsenal and Unai Emery. He said in an interview with Aargauer Zeitung.

“It’s definitely my best season so far. Without doubt, I think I took another step forward.”

“It’s the best I’ve felt at Arsenal since I came to the club and the coach has had an enormous influence.

“Unai Emery prepares us all and we have a plan. We know how to do it with ball and without ball. We know how and when to stand where.

Granit Xhaka also pointed out that Unai Emery is a “freak” that always wants everything to be perfect and he also mentioned how he believes that the new Arsenal boss is very similar to Lucien Favre who is his former boss at Borussia Monchengladbach.

Matteo Guendouzi Speaks Out On Arsenal’s Performance This Season

Mesut Ozil Reveals How He Felt After Joining Arsenal