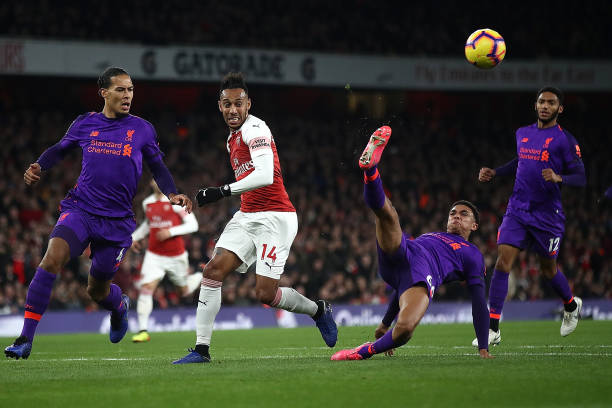 Arsenal has been outstanding in the months of August, September and October but November has been hard for Unai Emery’s men because the gunners have failed to get a win in this month which the fans consider as cursed, because things don’t go well for them in this month every season. So let’s take a closer look at the matches played in November.

This was a very important match for Unai Emery and the Arsenal fans because in a fan’s perspective, they wanted to know if their losses against Manchester City and Chelsea would have not happened if their new boss had settled well at the club so a win against the Reds would have proven to them that Unai Emery has improved Arsenal.

And in Unai Emery’s perspective, he was on an unbeaten run of many matches but most football analysts and pundits claimed that he would lose when he finally faces off against a top six team but they however made a draw but the North Londoners were clearly the better team. So I think this match just left the Arsenal fans still unsure whether their team is strong enough to beat a top six team.

Arsenal needed just one point to confirm their qualification to the next round of the UEFA Europa League and Unai Emery came into this game with his second eleven and rested some of his attacking players for their upcoming Wolves match.

Aside from the match ending 0-0 after a poor display from the gunners, the night ended in fear for most Arsenal fans after their striker Danny Welbeck sustained a horrific injury, the players were also affected by this according to Unai Emery. Back to the match, Sporting Lisbon played a rough game and remained intact at the back, this game highlighted how the gunners find it hard to penetrate a team that plays defensively.

Truth be told, the Arsenal players underestimated Wolves because they played sluggish football in the first half and failed to make even one shot on target in the first 45 minutes. Wolves however got a valuable chance after a poor pass by Xhaka and they scored before halftime.

LONDON, ENGLAND – NOVEMBER 11: Alexandre Lacazette of Arsenal crosses under pressure from Connor Coady of Wolves during the Premier League match between Arsenal FC and Wolverhampton Wanderers at Emirates Stadium on November 11, 2018 in London, United Kingdom. (Photo by David Price/Arsenal FC via Getty Images)

The second half was much better because we finally got to see the Arsenal players working hard to get something out of this game but unfortunately for them, they finally got an equaliser in the last minutes of the game. One other thing that was observed in this match is that Unai Emery needs wingers because their left backs weren’t good on the flanks on Sunday.

Arsenal’s last three matches have been played at the Emirates Stadium and they have all ended as draws.

Is Torreira Already The Most Important Player In The Squad?