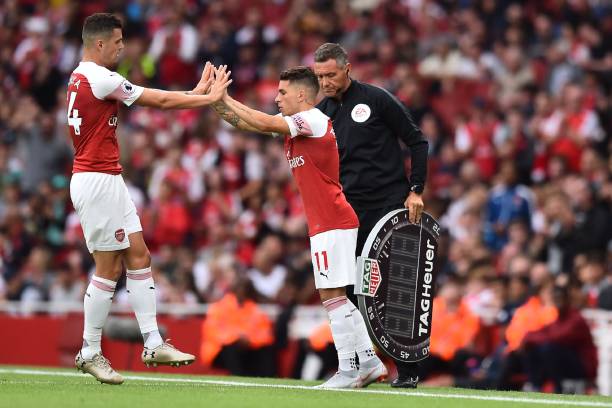 Arsenal has been lively in the midfield this season because Unai Emery has finally got the best pair to maintain the central midfield after making a number of tests which included using Matteo Guendouzi and Granit Xhaka. The gunners are using Lucas Torreira and Xhaka in their midfield and these two have had great performances in the last few weeks.

Granit Xhaka was used a defensive midfielder last season but the Arsenal fans were not happy with this decision because the Swiss international had always showed that he likes going forward yet he is supposed to provide cover to the defence. Unai Emery brought Lucas Torreira at the Emirates this summer and we have all noticed the impact of the Uruguayan international because he seems to have helped Granit Xhaka get the freedom he needs.

Arsenal legend Ray Parlour has made a few remarks on the midfield of the gunners and he says that Lucas Torreira is a better holding midfielder than Granit Xhaka. He also claims that the gunners are nowadays more balanced because of the Uruguayan international.

“I think in midfield, Xhaka weren’t really a proper holding midfielder. I’ve seen the difference now, they’re a lot more hard to break down now than they was at the start of the season, because Torreira wasn’t playing.” Ray Parlour told Daily Star.

“You won’t believe how important those players are, the two in midfield. Gilberto Silva, he done a wonderful job in that unbeaten season.”

“And them sort of guys, again you won’t see them a lot during the game, but he does a great job. So it looks a lot more balanced now with Torreira playing.”

Mesut Ozil Reveals How He Felt After Joining Arsenal