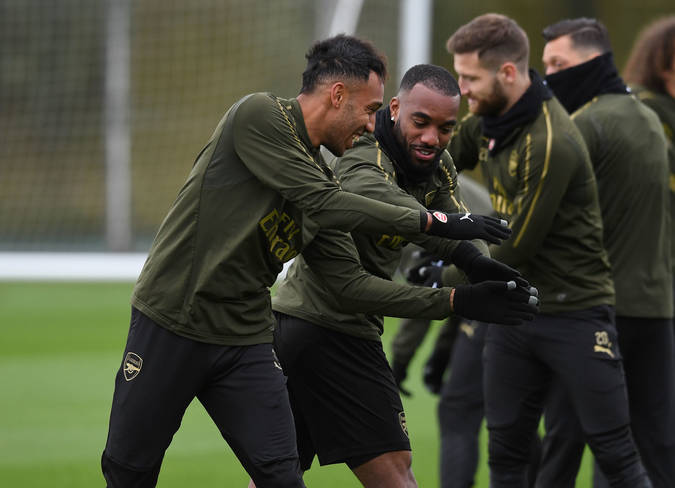 Arsenal’s main strikers, Aubameyang and Lacazette did not go to their national teams because they were injured according to statements from Gabon and France football federations. Arsenal fans have been worried about the condition of their two strikers because they recently lost Danny Welbeck after he got his ankle broken.

Pierre-Emerick Aubameyang was even involved in a Twitter bust up with a journalist from Gabon who had claimed that the Arsenal striker intentionally missed their African Cup Of Nations Qualifiers matches, he however told them that he received an email from his Doctor Who told him that he wasn’t fully fit to play.

Aubameyang has however shared the video below which shows Alexandre Lacazette working out in the gym ahead of their match against Bournemouth this weekend.

Aubameyang and Lacazette have scored 12 Premier League goals so far this season and most Arsenal fans are looking forward to seeing more goals from them in the upcoming matches. Arsenal will soon issue out an official statement on it’s website about the injuries of their two stars.