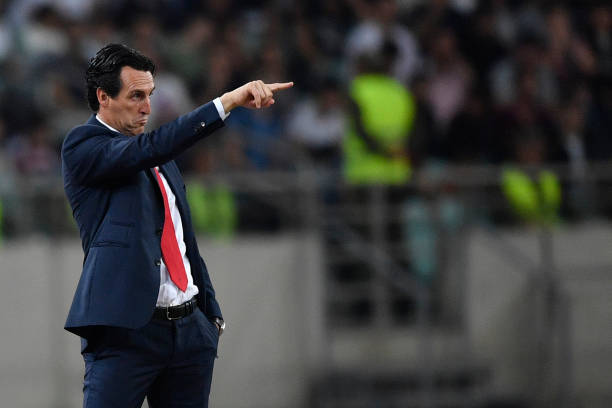 Arsenal midfielder Alex Iwobi has got reborn under Unai Emery this season and everyone is really surprised that the Nigerian international was this good. Alex Iwobi hasn’t scored many goals or made several assists but he has had great performances in Arsenal’s last four Premier League matches.

Alex Iwobi made his breakthrough to the Arsenal first team a few years ago but his appearances in the past seasons haven’t been appreciated by the Arsenal fans because he was often called a useless player that needs to be axed from the North London club. Arsenal fans have been happy with Unai Emery’s influence on Alex Iwobi’s current form and has even been nicknamed the “Nigerian Messi”.

Arsenal head coach Unai Emery had his pre-match press conference today and he was asked on what he has told Alex Iwobi to trigger him to start having splendid performances for the gunners.

“It’s try, try, try and try. If you are doing a good action individually or not, continue with the confidence to try another, to try again.” Unai Emery told Arsenal.com.

“After that, good commitment every day, good behaviour every day and feel together with your team and respect decisions and respect your teammates.”

The gunners will tomorrow face Liverpool at the Emirates Stadium and most Arsenal fans have urged Unai Emery to include Alex Iwobi in the starting eleven because they will need him in this game because it will probably be a match that will need many creative players.

Lucas Torreira Reveals Why He Admires Ozil And Lacazette