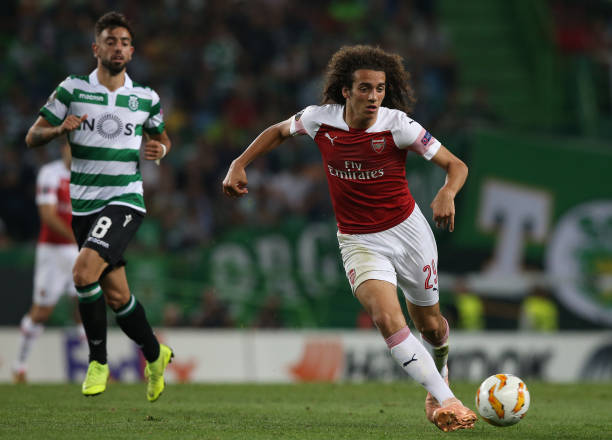 Matteo Guendouzi got sent off on Wednesday night when the gunners faced Blackpool and the youngster will miss the Liverpool game on Saturday. Most Arsenal fans are disappointed that Guendouzi will miss this match because he could have helped the gunners defeat The Reds because they are currently in an injury crisis.

But him missing this match might be a blessing in disguise if you look at it analytically. The truth is that Matteo Guendouzi is a great young midfielder but he is still inexperienced and putting him an important match like that against Liverpool would be a very big mistake because he could be at a risk of getting a red card.

One other advantage of Arsenal playing without Matteo Guendouzi is that Unai Emery will now be forced to play Granit Xhaka in the middle because Lucas Torreira will need a partner on Saturday, Xhaka shouldn’t start in the left back position again because he cost them the three points last week when they faced Crystal Palace.

Matteo Guendouzi started in Arsenal’s first three matches but he was however removed from the starting eleven used in the Premier League in the later matches and the gunners went on to go on a winning streak without him, he recently returned to the starting eleven last Sunday when the gunners made a 2-2 draw with Crystal Palace, so I think he is better off coming in as a substitute.

So gooners, are you happy that Matteo Guendouzi will miss the Liverpool game?