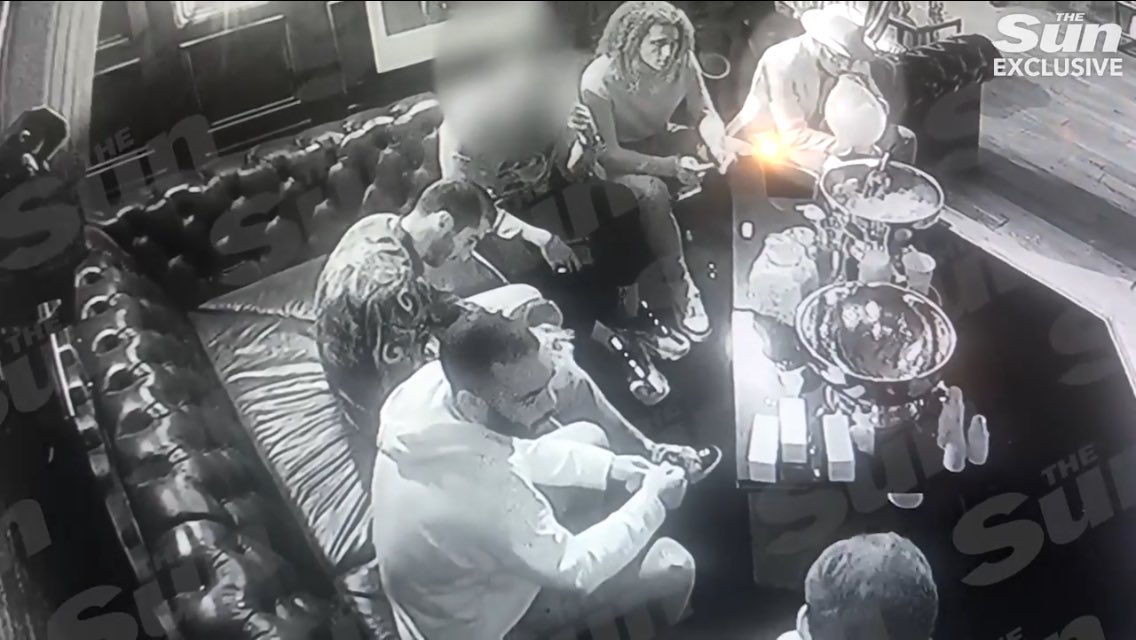 Arsenal players were caught on camera as they were involved in inhaling nitrous oxide at nightclub over the summer before the 2018/19 season begun. A video released by the Sun has raised question marks on the personality of the Arsenal players even though it isn’t illegal to inhale nitrous oxide.

The video above which was obtained by The Sun shows the players in London at a party which reportedly had about 70 girls according to the report. Aubameyang, Alexandre Lacazette and Mesut Ozil were among the many Arsenal players that were filmed as they passed out after inhaling the nitrous oxide. Most Arsenal fans have said that they see no problem with what the players were doing because it’s an action made privately but they will however have to answer to the club.

BREAKING: Arsenal players involved in inhaling nitrous oxide at nightclub over the summer will be "reminded of their responsibilities as representatives of the club", a Gunners spokesman said.

Sky Sports has confirmed that the Arsenal players that were involved in this will be “reminded of their responsibilities as representatives of the club” according to a spokesperson from the club. Arsenal boss Unai Emery might not mind about this video because it was done four months ago but it will however become one of the main topics in his next press conference.

Inhaling the nitrous oxide is known to cause coordination problems, heart attacks and even death so the gunners will be hoping that their players don’t do that again in the future.