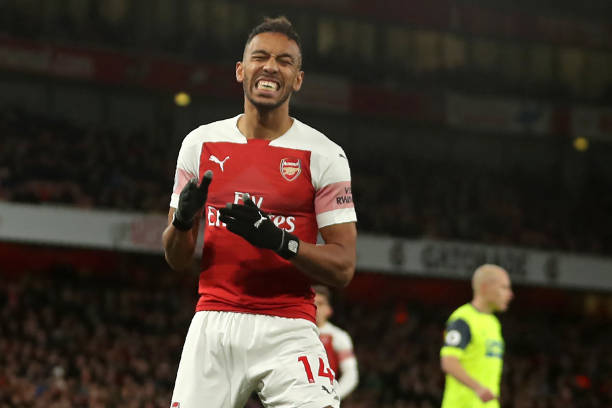 The gunners won their match against Burnley and Aubameyang scored twice to help Arsenal collect all the three valuable points. It was an interesting match in an Arsenal fan’s perspective since the North Londoners had lost their last two matches.

Scoring those two goals was also a big relief to Pierre-Emerick Aubameyang because he had been criticized in the last two matches for being sluggish because he was missing great opportunities which cost the gunners those two matches. Aubameyang went on the score sheet in the first half by shooting a low shot after getting a neat cross from Sead Kolasinac.

The second goal was better because it had an interesting build up with a number of passes and the ball finally landed on Alexandre Lacazette’s feet and the Frenchman saw Aubameyang on the right and he then passed it to him, and the Gabon international fired in a stunning shot which went into the back of the net.

Aubameyang came into the Burnley match when he is second on the Premier League top scorer’s chart but his two goals took him into the first position and he was asked about this after the game, and he said;

The gunners will be hoping that Aubameyang being the current Premier League top scorer boosts his confidence in the upcoming matches against Brighton and Liverpool.

Arsenal star reveals why Mesut Ozil is a good captain