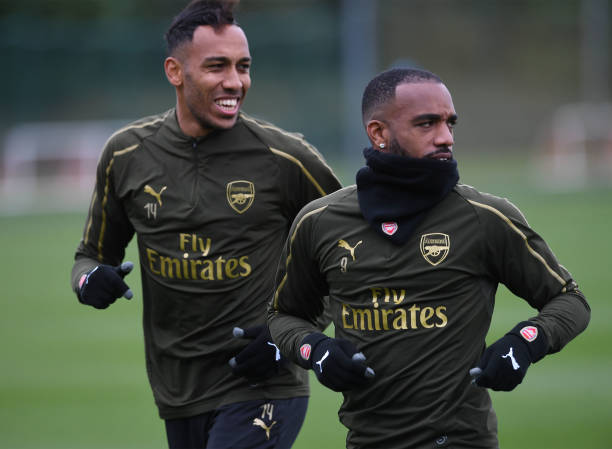 Arsenal signed Pierre-Emerick Aubameyang in the January transfer window and the striker has been impressive in his first year at the club, scoring 21 goals in 31 appearances for the gunners. Aubameyang has however found competition for the striking role tough because Alexandre Lacazette also impresses in that competition even though he hasn’t scored many goals as the Gabon international.

Aubameyang was Unai Emery’s first choice striker when the season begun but the Gabon international failed to score in their first three matches so the new Arsenal boss tried out Alexandre Lacazette in that position and the French international found the target in some matches, and was also contributing well in build up to other Arsenal goals.

Aubameyang performed well in the following matches but he has was this time scoring when coming into the game as a substitute, he scored a double against Fulham and Leicester City even though he started on the bench in these two matches. Unai Emery then later started them together but he was however using Aubameyang on the wing so that Lacazette can play in the striking role. Lacazette can’t play on the wing so if he doesn’t play in the striking position, then he would be benched.

Aubameyang has said that he prefers playing in the striking role than playing on the wing but he however says that he is fine with what the coach decides.

Aubameyang speaks out on his mask celebrations

Interesting stats and facts about Arsenal’s match against Vorskla