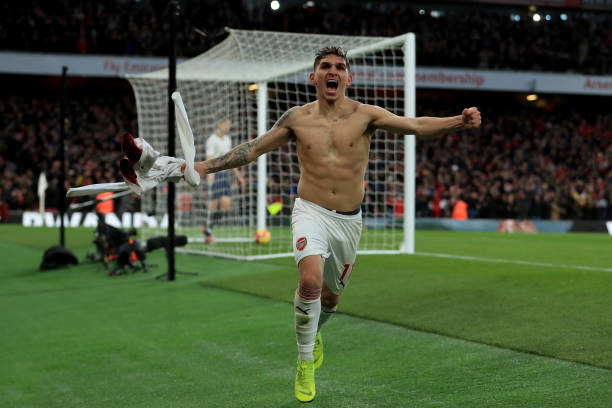 Arsenal signed Lucas Torreira in the summer transfer window and he has been impressive in his first season at the North London club. The Uruguayan international has proved critics wrong this season as he has shown that the gunners have spent a long time without having a player of his calibre in their squad.

Arsenal has today announced on its official website that Lucas Torreira has won their November player of the month award for his impressive performance in the matches which the gunners have played throughout that month. The other two players that were also nominated were Bernd Leno and Rob Holding but Lucas Torreira won with 70% of votes from Arsenal fans. Bernd Leno and Rob Holding became second and third respectively.

Lucas Torreira was very impressive in Arsenal’s 1-1 draw with Liverpool last month and that game showed the fans how he really is a an exceptional player because he was able to control the midfield even though The Reds have many attacking midfielders, he was given the man of the match award after that game.

Torreira was yet again at his best in Arsenal’s match against Bournemouth and he was again given the man of the match award for his impressive performances. It won’t be surprising if he wins the Arsenal player of the month for December because he has had incredible performances in the Premier League matches played in this month.

Mertesacker speaks out on Reiss Nelson

Revealed: How Unai Emery is a better tactician than Arsene Wenger