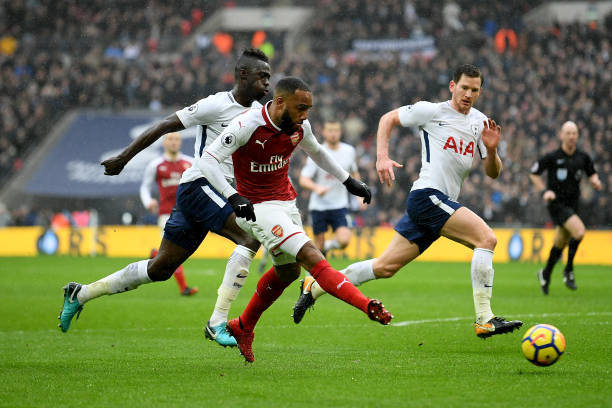 This year’s Premier League season promises to be the best in recent history. The competition for top four positions is stiff. This Sunday’s North London Derby will be statement maker for both teams in the race for the UEFA Champions League positions. Both Spurs and the Gunners have of late had a good run of form, however it is Arsenal who proved triumphant over their bitter neighbors last season in a game that ended 2-0, the last time they played at the Emirates Stadium.

Many expected Arsenal under Unai Emery to be beaten by a huge scoreline when they played Liverpool but everyone was surprised that they made a 1-1 draw. Arsenal demonstrated that they are no longer push overs. Tottenham themselves will be flying with confidence after ending Chelsea’s unbeaten record by defeating them 3-1.

Mauricio Pochettino will be facing Unai Emery for the first time in the Premier League this season. Unai will also relish this new rivalry which begins at the Emirates stadium.

The main threat will be from Harry Kane, he has 7 goals in 7 matches against his boyhood club. Arsenal should also be cautious of Son, the Korean attacking forward who has seen his game improve gradually. Spurs are expected to be without Trippier with groin injury, Sánchez who has a hamstring problem, Dembélé with an injury to the ankle, Wanyama and Lamela complete the list.

The Gunners will be fielding a rested team, with few changes. They will rely on Aubameyang to deliver the goods up front with Lacazatte still in doubt. The injury list comprises of Koscielny recovering from achilles injury, Monreal hamstring, Mavropanos groin, all expected to be back around the 15th of December while Welbeck is out with a broken ankle and his return date is still unknown. One player who will fear for his position is Ozil who has come under fire for failing to step up in Important games. He was an unused substitute against Bournemouth.

Tomorrow’s match will be far from friendly encounter as will get to see who will claim all the three points and the ultimate bragging rights in North London as the two young managers go head to head as they seek to continue where it ended in Spain.