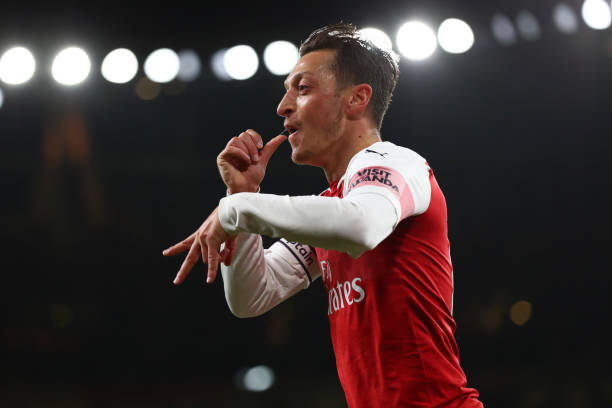 Mesut Ozil has not played for Arsenal in its last three matches and for the Bournemouth game, he was an unused sub because Unai Emery thought that it is a match that didn’t require the services of the German international. But he wasn’t even on the bench in the matches against Tottenham Hotspur and Manchester United because of back spasms according to the latest team news.

There has been a lot of speculations on why Mesut Ozil has missed these games but what if the German international hasn’t missed them because of what the club and Unai Emery say because sports physician Ingo Frobose has suggested that the midfielder could be getting back problems because of playing too much Fortnite video game. Mesut Ozil enjoys that game because according to stats discovered by the Express, he has played 5,221 matches yet an average match lasts 20 minutes.

Sports physician Ingo Frobose revealed what he believed could be the reason why Mesut Ozil is getting back problems in an interview with Bild.

“Yes, that Fortnite can be the cause of Ozil’s back problems. A competitive athlete feels the consequences of hours of inactivity much faster than a non-athlete.” said physician Ingo Frobose

“This is because Ozil’s physical structures are highly tuned due to his intense training.A non-athlete, however, does not notice that.”