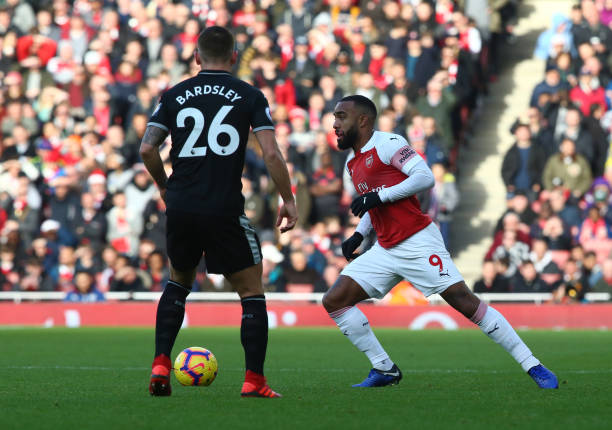 Arsenal’s quest for a turnaround was achieved at home after back to back defeats in the previous matches. This saw Arsenal losing 3-2 to Southampton and 0-2 to Tottenham in the Carabao Cup.

Unai Emery’s men gave the fans something to be proud of as they defeated Sean Dyches men 3-1 on Saturday. The visitors might have got a goal after the intermission but Arsenal did the needful to seal the win.

On this note, we take a look at the significant talking points from Arsenal’s 3-1 win.

The Gabon striker put the Gunners ahead after a decent free flowing move inside the Burnley area. This steered up the atmosphere as the striker lightened up the room around the Stadium.

The talismanic talent added the second which was even better after the intermission with a spectacular strike that dazed the visitor’s goal.

It was a performance of sheer quality as he took the burden off his teammates after a difficult week that led to exit in the Carabao Cup against Tottenham.

Arsenal 3-1 win was a positive one as they closed the gap on Chelsea in the race for Champions League football. Both sides went into this weekend fixtures with Arsenal three points adrift of Chelsea.

But the Blues 0-1 loss at home to Leicester City saw Arsenal catch up with their London rivals as they downed Sean Dyches men at the Emirates.

This further opens the top four chances as Arsenal cast their net on both wings following their continued participation in the Europa League this seasons.

Arsenal might have won the match 3-1 but we cannot neglect the level of competition Burnley put into the match.

They pushed Arsenal to their limit and until Alex Iwobi’s goal in the 90th minute they were very much in the game. With the match tied at 2-1 they pressed on for an equalizer as Arsenal’s defence was bridged once again at home.

Dyches and his side will go home with some positives from the match as Unai Emery’s men were widely tested as they needed a late goal to seal the win against their relegation threatened visitors.

Arsenal 3-1 Burnley; what the statistics says as regards to Arsenal’s win at the Emirates