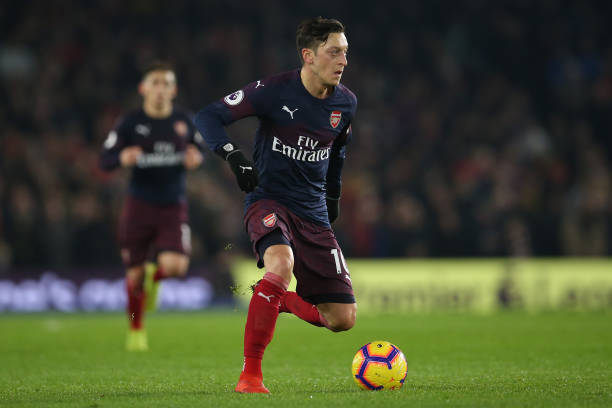 December has been a busy month for Premier League clubs and Boxing Day action saw the gunners face Brighton & Hove Albion away from home and the match ended 1-1 despite the gunners being the ones to go into the lead first. Unai Emery selected Mesut Ozil in the starting eleven that played because of the performance of the German international on Saturday when the gunners beat Burnley 3-1.

Mesut Ozil wasn’t at his best in the first 45 minutes on Wednesday and this happened because of some reasons like; Arsenal was not moving the ball forward and always made back passes until they ( Matteo Guendouzi) finally decide to send the ball upfront, so Mesut Ozil’s creativity was missed because the midfield of the gunners looked blunt.

Arsenal came into this match well knowing how Brighton & Hove Albion are a defensive team but most of the fans were confident that the former Real Madrid star would split it since he’s very creative. But to their surprise, Unai Emery subbed off Mesut Ozil to bring in Alex Iwobi who didn’t make much impact in the game.

Arsenal boss Unai Emery faced the press after the game for his post-match analysis of the game and was asked why he removed the German international, and he claims that it was tactical and nothing else.

Arsenal fans will be hoping that Unai Emery includes Mesut Ozil in the starting eleven that faces Liverpool on the weekend.

Unai Emery reveals why subbing off Lacazette was justified