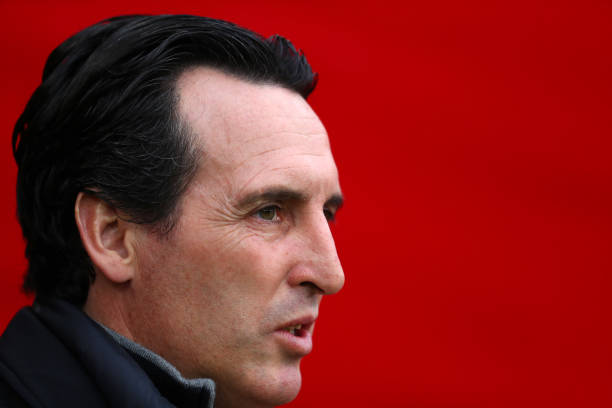 Arsenal boss Unai Emery started with a back three on Sunday when the gunners faced Southampton at the Saint Mary’s Stadium. Playing three at the back didn’t work well for the gunners because Southampton scored three-headed goals because of poor marking from the Arsenal defenders. The match ended 3-2 in favour of the Saints.

Lichtsteiner, Koscielny and Monreal started as centre backs on Sunday but out of those three, only the French international was a natural centre back and Unai Emery had no other choice but to play the other teams since Shkodran Mustafi and Sokratis Papastathopoulos missed the game because they have a one match suspension after receiving five domestic yellow cards two weeks ago.

Southampton’s first goal came from the flank because the home side crossed the ball into the box and all of Arsenal’s defenders especially Laurent Koscielny let Danny Ings get a free header which Bernd Leno failed to stop. The second and third goal came under similar circumstances, and the Arsenal fans have reacted furiously about the sloppy defence shown by the gunners but Unai Emery surprisingly praised his defence in his post-match press conference after the game.

“But I think they worked very well. It was very good news for Koscielny, a very good performance over 90 minutes. Physically, he could play the 90 minutes.” Unai Emery told Arsenal.com.

“Other players, like Xhaka played very well, and Lichtsteiner also. We conceded not many chances for them, but their efficiency was good. We also had chances to score more than the two goals but we didn’t score.”

The gunners missed the presence of Shkodran Mustafi and Sokratis on Sunday because those two have been ruthless in the Arsenal defence this season but also, the North Londoners can’t just blame Koscielny because he just returned from a long-term injury and Monreal & Lichtsteiner were not playing in their rightful positions.

Report: Why Lucas Torreira made no impact in loss to Southampton