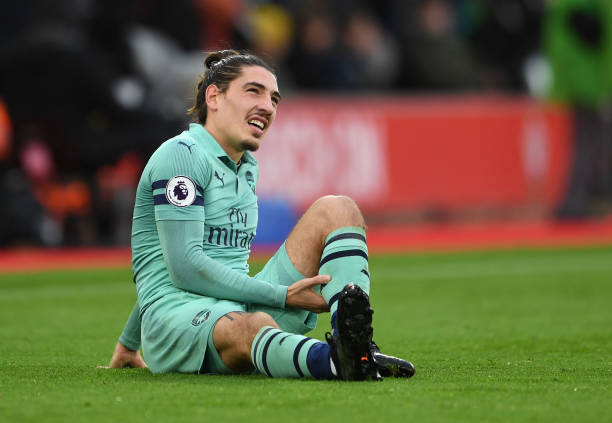 Arsenal’s unbeaten run has ended this weekend after losing to Southampton at the Saint Mary’s Stadium but they didn’t only drop the three points but also lost Hector Bellerin in the first half after he got injured. The Spanish right back was replaced by Alexandre Lacazette at the start of the second half.

The gunners have in the last few weeks been losing their players to injuries and Hector Bellerin becomes the latest player to go on that list as he did not finish the Southampton match. Disappointed Arsenal boss Unai Emery faced the press after their loss to Southampton and has given an update on the injury of the Spanish international.

“We are going to wait tomorrow and Tuesday, and Wednesday we are going play, and then Saturday also. We need every player. Bellerin has a small injury – he is going to be some weeks off I think.” Unai Emery told Arsenal’s official website.

So the statement by Unai Emery could mean that Hector Bellerin will miss the North London Derby on Wednesday, the gunners will miss him in this game and it’s very important because it’s the Carabao Cup quarter finals. The gunners looked vulnerable on the wing of Bellerin after he was substituted at the start of the second half.

Aubameyang blunt, Iwobi wasteful and Ozil made no impact