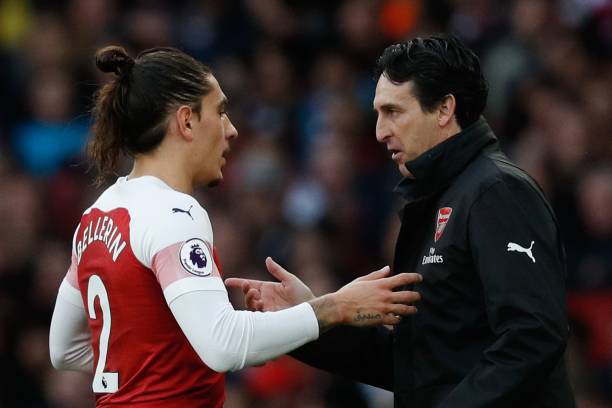 Arsenal boss Unai Emery promised the fans that he wouldn’t stop their traditional playing style of playing attacking football but claimed that he would want to add another mentality to the squad such as pressing the opponents until he loses the ball, he wants to address that and end the talk of the gunners being called soft.

Unai Emery also wants the gunners to start attacks from behind meaning everyone including the goalkeeper is involved in the build up to the Arsenal goals, it has been tough for Petr Cech because he is used to the old method of sending the ball upfront but he has started getting used. Arsenal players have some players which some football pundits term as ‘lazy’ and everyone will be eager to see if Unai Emery will be able to make those players adapt to his plan of pressing the opponents.

The gunners are currently on an unbeaten run of 22 games and they have only lost twice since the season begun and this shows that the Arsenal players must be slowly adapting to his playing style. Unai Emery said in his pre-match press conference that he still wants more from them since they haven’t fulfilled their target of getting into the Premier League top four.

“I think we need more. I think our beginning is good, but at the moment in the table we are fifth and our mind is focused on being in the first four positions.” Unai Emery told Arsenal Media.

“I think we are doing our way and in one process improving, but the reality is that we need more.”

How Unai Emery will use Lichtsteiner and Monreal against Southampton

Saka stats Vs Qarabag and Unai Emery’s comment about him