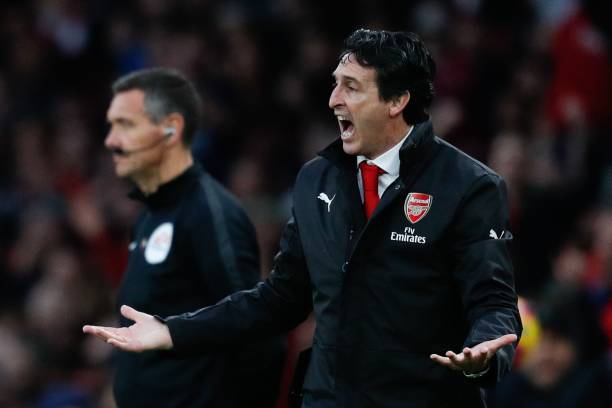 The gunners collected all the three points from the North London Derby yesterday and the Arsenal fans are still celebrating because their team finally showed that they can also defeat top six teams yet most football pundits said that Unai Emery was only able to keep up his unbeaten run because he was facing small teams.

The second half was even more entertaining in an Arsenal fan’s perspective because they went from 2-1 down to a 4-1 win hence getting all the three points from their noisy neighbours. Arsenal boss Unai Emery has said that Laurent Koscielny also played his part in giving the players an inspirational speech before their game against Tottenham Hotspur.

“Every player is like me, when it is a derby we need the other players to give us his experience and character.” Unai Emery is quoted by the Metro.

“For example, our meeting today finished with a speech from Laurent Koscielny, for one minute, which gave us the will to win.”

“A result like today and how we are playing is good for our confidence. Now we plan for three points at Manchester United on Wednesday.”

Arsenal will be hoping to see their captain, Laurent Koscielny back in the starting eleven soon because he will be a huge boost to their defence since he has more experience in the Premier League than all of Unai Emery’s current centre backs. He was originally on the squad that was to face Tottenham Hotspur but he was however removed, because he is still recovering.