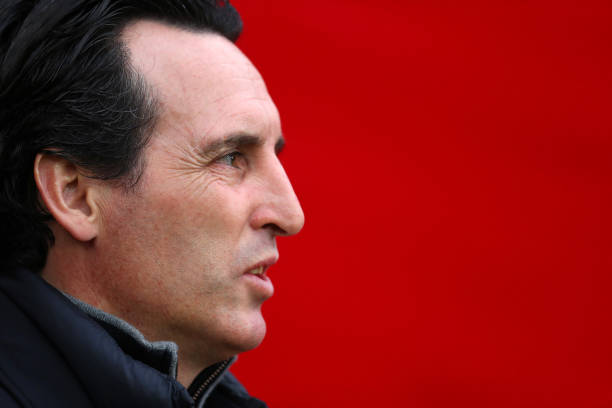 Arsenal lost 2 nil against Tottenham Hotspur last night and the gunners are now out of the Carabao Cup aka the EFL Cup. Arsenal boss Unai Emery left Mesut Ozil out of the squad that played against Spurs and this has raised questions on the future of the German international at the Emirates Stadium.

Mesut Ozil was on the bench on Sunday when the gunners made a trip to Saint Mary’s Stadium to face Southampton and the German midfielder was introduced to the game in the last 20 minutes but he failed to have an impact and was partly at fault for the home side’s third goal of the day because he lost the ball hence the Saints starting a counter attack.

Most Arsenal fans expected Unai Emery to give a chance to Mesut Ozil in the North London Derby but he surprisingly didn’t and he claimed that he deliberately removed him from the squad for “tactical reasons”. That statement has already started many transfer rumours and Unai Emery was asked in his post-match press conference on if Mesut Ozil will leave Arsenal in January and he replied saying;

“My focus now is analysing this match and also Saturday against Burnley is very important. We are going to assess every player, how they are tomorrow in training and for a difficult match against Burnley on Saturday.” Unai Emery told Arsenal’s official website.

So it seems the Arsenal boss didn’t want to give a direct answer. The gunners will be hoping that the situation between Unai Emery and Mesut Ozil doesn’t turn out to be similar to that of former Manchester United manager Jose Mourinho and Paul Pogba.