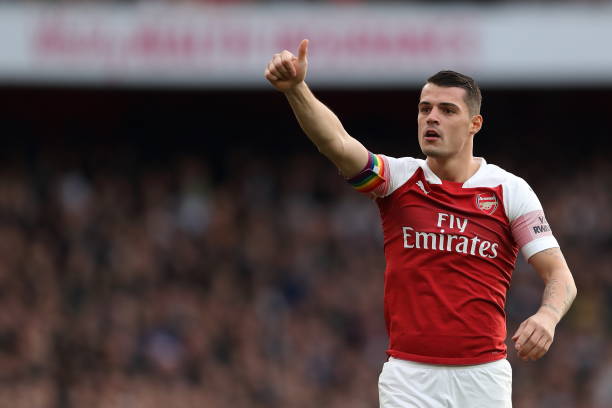 Arsenal faced Tottenham Hotspur in the Carabao Cup quarter finals last night and they came out of the game as losers because of poor tactics and lineup from the head coach of the gunners. Arsenal is still in an injury crisis and Unai Emery started Granit Xhaka as a centre back in a 4-2-3-1 formation.

The Arsenal fans were not happy with this decision because Granit Xhaka did not impress as a centre back on Sunday last week when the gunners lost 3-2 to Southampton but they had to hope for the best since that’s how Unai Emery wanted it.

Playing Granit Xhaka did not work as Unai Emery would have hoped for because the gunners conceded two goals due to poor positioning of the players at the back and most of the Arsenal fans are angry that he used the Swiss international in a position which he isn’t familiar with. Arsenal boss Unai Emery faced the media after the match against Tottenham Hotspur and he said that he was happy with the performance of Xhaka as a centre back according to Arsenal Player.

“Every player is helping us with big commitments, playing in different positions, because sometimes the team needs them there.” said Unai Emery.

“Laurent Koscielny played on Sunday and after coming back from his injury, starting against Tottenham would have been a lot of minutes on the pitch.”

“Granit is helping and I am happy with him and his performance. His commitment to help us is very important.”