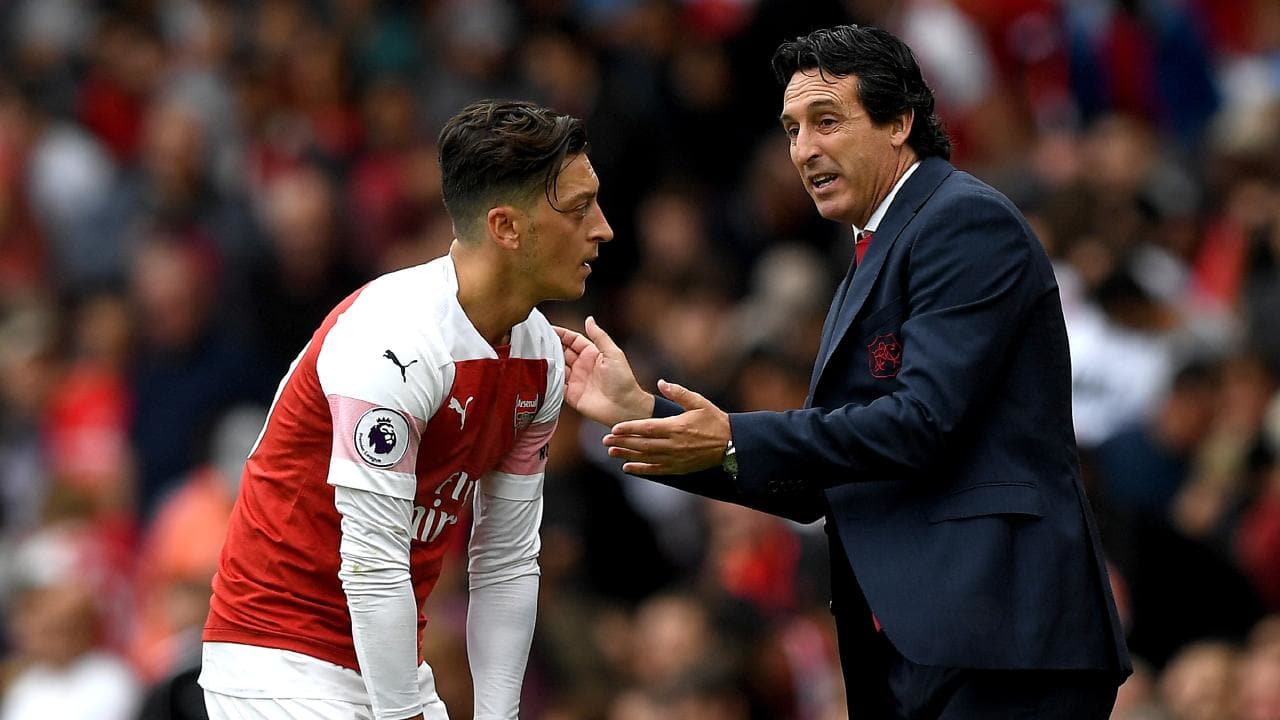 Mesut Ozil missed Arsenal’s match against Tottenham Hotspur on Wednesday because of tactical reasons according to Unai Emery. The decision to omit him from the squad came after he had just returned from a back injury and most Arsenal fans believe that Unai Emery didn’t include him because of the mistake he did in Sunday’s loss to Southampton.

There has been many rumours which claim that Unai Emery and Mesut Ozil don’t get along with each other because the new Arsenal boss believes that the German international isn’t a type of player that would get used to the playing style which he wants to implement at the Emirates Stadium.

“I’ve got to say now, we have got to find out what’s going on with Ozil. He weren’t in the squad again.” Ian Wright said on his YouTube channel.

“Is he ill? What’s wrong? We need to know because we cannot afford to carry that kind of weight in respect of wages and find out what is going on with our so-called star player.”

Ian Wright also added saying that Unai Emery should reveal whether Mesut Ozil will be sold in January but says that everyone at the club needs to be together.

Arsene Wenger speaks out on Unai Emery’s progress at Arsenal