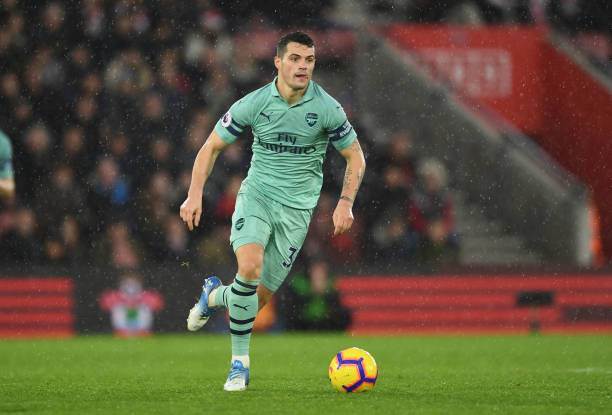 Arsenal faces Tottenham Hotspur today at the Emirates Stadium for the second time in the same month but it is however a different competition. The gunners will need the win to get back to winning ways after horribly losing to Southampton at the Saint Mary’s Stadium.

Arsenal was in a crisis when they faced Southampton on Sunday and Unai Emery had no choice but to field Granit Xhaka as a centre back since Shkodran Mustafi and Sokratis Papastathopoulos missed the game because of their one match suspension. Playing the Swiss international as a centre back didn’t work out well because the gunners conceded three-headed goals which proved that their partnership in defense wasn’t good.

Arsenal has now put that defeat behind them and are now focussing on their Carabao Cup quarter-final encounter against Tottenham Hotspur on Wednesday. The Arsenal players trained on Tuesday to get in shape ahead of the North London Derby and Granit Xhaka sent an emotional message to the fans ( via facebook) about defeats and also spoke of how important the North London Derby is!

“Defeats always hurt but playing this game of all games gives us the biggest motivation to get that W.”

Sokratis and Mustafi have returned, so Granit Xhaka will probably play in his preferred position against Tottenham Hotspur and the Arsenal fans will be hoping that he scores for them a Xhakabooom. He will be paired with Lucas Torreira so that they can maintain the midfield as they did against the same opponents a few weeks back.

Unai Emery promises to use a strong squad against Tottenham Hotspur