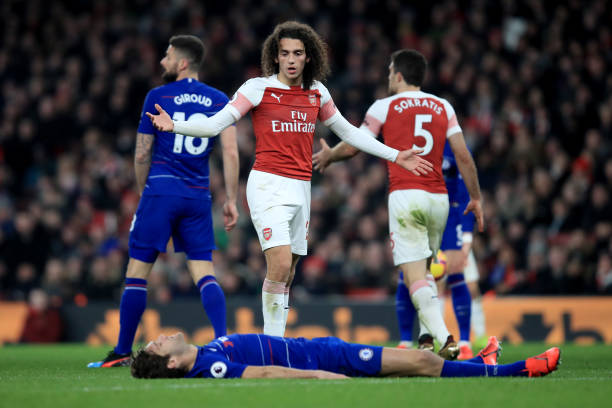 Arsenal beat Chelsea 2-0 at home as Unai Emery’s side overpowered the visiting side. The Blues can claim they won the first meeting 3-2 but it’s the Gunners time as victory meant that Arsenal resurrected from last weekend’s defeat against West Ham United.

Both sides had their chances in the match but it was Arsenal that claimed the win making use of most of their chances.

With Arsenal’s win against Chelsea, we evaluate the three important take away from the London Derby match.

Losing 3-2 on Match Day 2 of the Premier League season in August (18) 2018 was a difficult one for Arsenal to deal with. This is due to Arsenal’s loss to Pep Guardiola’s Manchester City (2-0) at the Emirates on the season opener.

This might have left a negative remark about what Unai Emery represents at the club as Arsene Wenger’s replacement.

This was compounded by the 3-2 defeat at Stamford Bridge despite coming from two goals down (2-0) to tie the match at 2-2 at some point in the game. This 2-0 defeat  at the weekend pays Chelsea in their coin as Unai Emery and his side exerted revenge over Chelsea at the Emirates.

Arsenal’s 2-0 win was enhanced by the Frenchman’s contribution on the pitch. This he did alongside his strike partner Pierre-Emerick Aubameyang as both combined effectively in the final third.

Lacazette’s composure and instinctive finishing was what Chelsea needed as he turned round the Chelsea defence to beat the keeper in the Chelsea goal.

This shows how crucial the Frenchman would be to Arsenal’s season as he continues to flourish alongside Arsenal top marksman Aubameyang.

Arsenal might have done the needful as they hit Chelsea with 2 unreplied goals at the Emirates. However, this will add more fuel to the fire as we countdown to their Friday meeting with Ole Gunnar Solskjaer Manchester United.

Unai Emery’s men will host the Red Devils with positivity’s ahead of the match as they have beaten Chelsea side 2-0 at home.

This will be a huge warning for the Red Devils and a confidence boost for Arsenal ahead of the FA Cup as Pogba and Martial do battle with Arsenal on Friday.