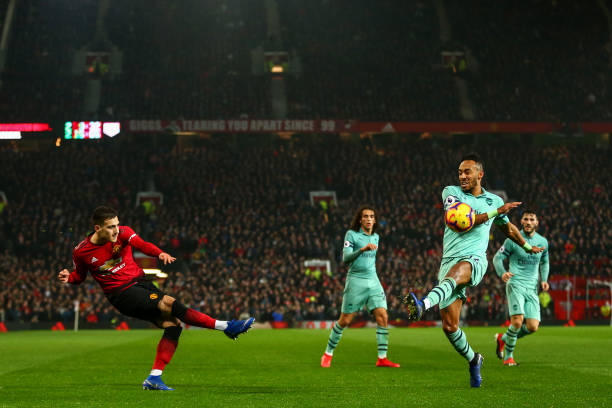 Arsenal has today welcomed Manchester United at the Emirates Stadium and the gunners have released their lineup to play this match. Arsenal boss Unai Emery will be hoping that the squad that he has chosen doesn’t disappoint him because this is an important match.

The gunners are the FA Cup record winners and Manchester United have just one less than that of the North Londoners so the Arsenal fans will be hoping that they can knock out the Red Devils to end their chances of equaling their record. Arsenal will however have to work hard to win this game because Manchester United have been outstanding in the last few weeks since Ole Gunnar Solskjaer’s appointment as care taker manager.

Arsenal boss Unai Emery said that he is happy that the match will be played at the Emirates Stadium in his pre-match press conference a few days back.

“We are looking forward to playing this match on Friday because it’s at our stadium, the Emirates, in front of our supporters.” said Unai Emery.

“We feel very well in front of them and we want to create a new atmosphere over 90 minutes on Friday, together with our supporters.”