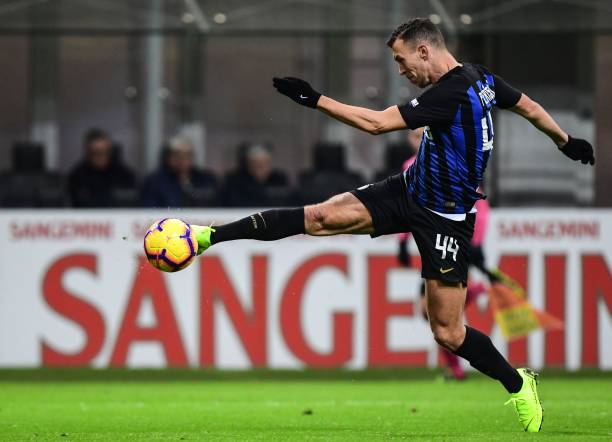 Arsenal fans have today received some good news as they have been linked with Ivan Perisic who is a proven a winger but it seems a loan deal might not be agreed with Inter Milan according to Italian journalist Fabrizio Biasin.

Arsenal boss Unai Emery is confident that his defence can improve but he has in the last few weeks been saying that they lack natural wingers yet his playing style would work well if the gunners get  quality wingers, so it is no surprise that the North Londoners have reportedly decided to approach Inter Milan over the possibility of signing Ivan Perisic on a loan deal with an option to buy in the Summer transfer window according to BBC SPORT.

It is pretty clear that Inter Milan wants to permanently sell Ivan Perisic because he isn’t in good terms with the club and an Italian journalist has claimed that Inter Milan have rejected the chance to exchange Perisic for Arsenal’s Mesut Ozil and are also not interested in letting the Croatian international come to the Emirates Stadium according to Fabrizio Biasin.

It is however surprising that the gunners could try to include Mesut Ozil in the deal to bring Ivan Perisic to the Emirates Stadium because the German international is still an exceptional player even though he is a bit off form. Arsenal will need to try hard in negotiations to sign Ivan Perisic on a loan deal because Inter Milan are reportedly determined to only let him go if an offer is made according to Fabrizio Biasin.