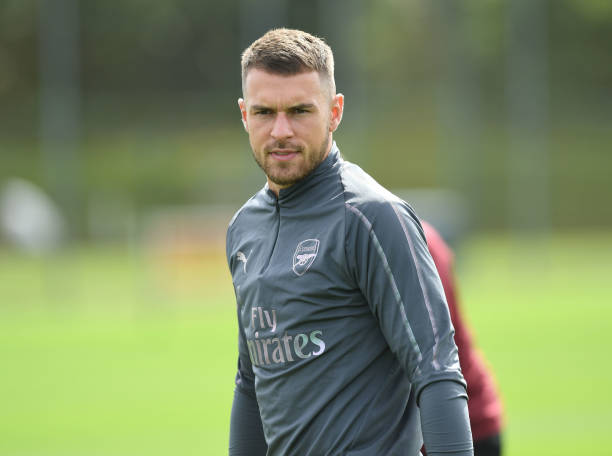 Aaron Ramsey has been at the Emirates Stadium for 10 years but he will this year be leaving because Unai Emery believes that the Welshman won’t fit into the playing style which he wants to introduce at the North London club. Aaron Ramsey is currently linked with a number of European clubs like Juventus, Real Madrid and Bayern Munich.

The January transfer window has opened and Juventus has finally confirmed it’s interest in Aaron Ramsey after being linked with him for over six months. The Italian club confirmed this via their chief Fabio Paratic who said that they are monitoring the situation of the Welshman at Arsenal as they wait for his contract to end in July.

“He (Ramsey) is a great player, he is in a great team like Arsenal and he has played at high levels for many years.” Juventus chief told Sky Italy.

“His contract is going to expire and we are alert to all market situations, it’s our duty, so we are attentive to him.”

So since even a representative from Juventus has talked about the prospect of signing Aaron Ramsey this year, this is confirmation that the gunners will be saying goodbye to him at the end of this season because it’s his last year as an Arsenal player.

Aaron Ramsey was in the squad that faced Fulham on Tuesday but he however came into the match in the second half, and he scored a spectacular goal after spending a few minutes on the game. Arsenal fans reacted happily about his performance and now urged the club to offer him a new deal.

Arsenal boss Unai Emery talked about Aaron Ramsey in his post-match press conference and he confirmed that the midfielder would stay at the Emirates Stadium until the end of the season.

“At the moment he’s working with us. I think so, yes” said Emery after getting asked whether Ramsey will stay at Arsenal until the end of the season.