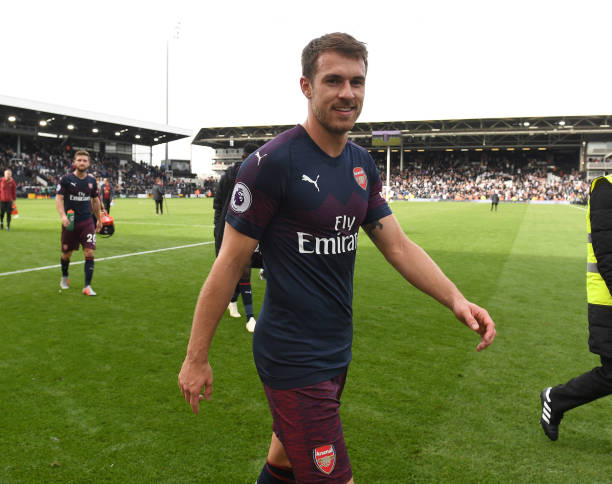 Juventus want to bring Aaron Ramsey to Italy and it’s now reported that they are desperate to sign him in the January transfer window, and they are ready to even offer Medhi Benatia who is one of their centre backs.

The gunners are going to lose many players at the end of this season because their contracts expire in the Summer and Aaron Ramsey is also among that list as talks between him and the club broke down after the North Londoners saw that he was asking for big wages which they believe that he doesn’t deserve.

The Metro claims that Juventus have tempted the gunners to let go of Aaron Ramsey in this January transfer window and will in return receive Medhi Benatia since they are in need of a new centre back since their current defenders have been embarrassing in the last few weeks. The report doesn’t go in detail on if Juventus would pay the gunners an extra fee or whether it would be a direct swap of players as the Sanchez-Mkhitaryan deal that was done in January 2018.

TURIN, ITALY – SEPTEMBER 26: Medhi Benatia of Juventus FC gestures during the Serie A match between Juventus and Bologna FC at Allianz Stadium on September 26, 2018 in Turin, Italy. (Photo by Emilio Andreoli/Getty Images)

This would be a fair deal for the gunners since Unai Emery confirmed that Arsenal can only sign players on loan since the club cannot make payments in this transfer window. It is even more sensible because Arsenal will get Medhi Benatia for free instead of letting Aaron Ramsey go for free at the end of this season without any gain.

Medhi Benatia has not been in Juventus’ first eleven this season but the gunners would make use of his experience since he is currently 31 years old. The only disadvantage of signing Benatia is that the gunners will only be able to use him for a few seasons because of his age.

Unai Emery speaks out on Ever Banega to Arsenal transfer rumours