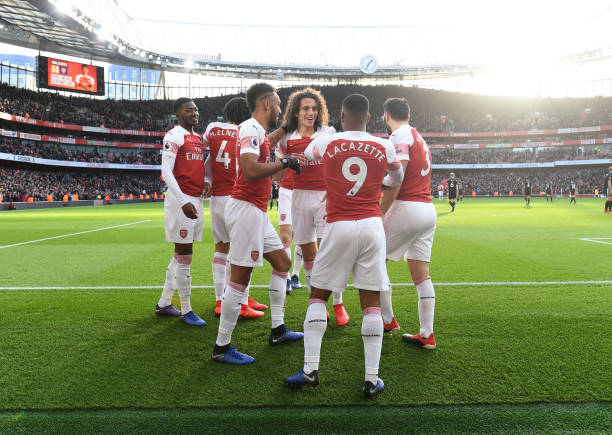 Arsenal will today face Fulham at the Emirates Stadium and the gunners will come into this match hoping to get back to winning ways after their defeat to Liverpool last weekend. So let’s take a look at Arsenal’s expected lineup to face Fulham today.

Bernd Leno conceded five goals in Arsenal’s match vs Liverpool but most of those goals were because the gunners defended poorly so the German international will probably be in between the goal posts today when the gunners welcome Fulham at the Emirates Stadium.

Hector Bellerin was seen training with the rest of the Arsenal squad on Friday so he will start as a right back against Fulham. Sead Kolasinac will also be in the left back position since he has been impressive this season and Sokratis & Mustafi will start as the centre backs.

Mesut Ozil was not seen in Arsenal’s training session that was done on Friday so he won’t start in Arsenal’s match against Fulham today. So Arsenal’s midfield will consist of Guendouzi, Xhaka and Torreira.

The gunners will today be hoping to redeem themselves after a poor display at the Anfield Stadium so Unai Emery will start most of his attackers, so Arsenal’s trio will have Iwobi, Lacazette and Aubameyang.