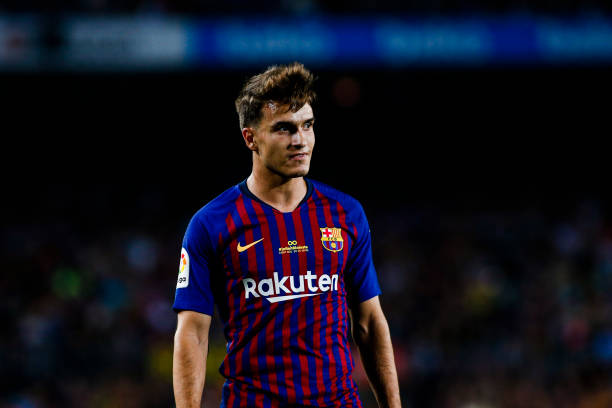 Denis Suarez has been linked with a move to Arsenal for weeks now but it’s now reported that he will be confirmed as a gunner in the coming hours so let’s take a look at how Unai Emery will be using the Spanish international. Denis Suarez’s profile says that he is a central midfielder but we also know that he can play as a winger and Unai Emery used to play him as one ( winger ) at Sevilla.

Arsenal boss Unai Emery said that he always changes formations and lineups based on the opponent that they will be facing but he might consider choosing his final formation when he gets his preferred players. Unai Emery said about two weeks ago that he hopes that the gunners could get at least two wingers before the January transfer window closes and Denis Suarez deal seems to be done while Ivan Perisic negotiations still going on.

Unai Emery will definitely use Denis Suarez as a winger in the Premier League and this is because the Arsenal coach is no longer interested in using Aubameyang as a winger yet he is more effective as a striker. So if Denis Suarez is used in this 4-2-3-1 formation, he could be played on the right or left-wing.

Arsenal boss Unai Emery has continually said that the reason that they always fail to defend is that they need to balance between the attacking and defending moments, and that was the reason he used to give when asked why he benched Lacazette or Aubameyang. So the gunners could finally get the balance which they need because their lack of a winger has been one of the reasons why their full backs continually go into the opposition half so if Denis Suarez is deployed as a winger, the full backs might not make unnecessary runs that leave them exposed at the back.

Denis Suarez will be very instrumental in Arsenal’s hopes of going back to the UEFA Champions League and the gooners will be hoping that he doesn’t flop.