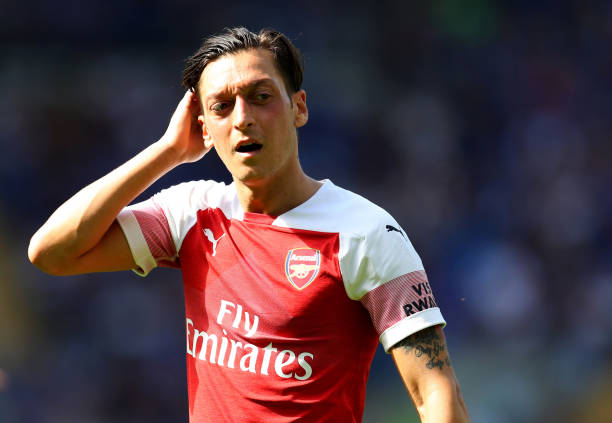 Mesut Ozil signed a new long-term deal in January 2018 after Arsenal was panicking about the fact that they could lose both Mesut Ozil and Alexis Sanchez at the same time. It’s however now reported that Arsenal’s new boss Unai Emery wants the club to find a way to let go of Mesut Ozil in the January transfer window.

The gunners signed Mesut Ozil from Real Madrid in the 2013 Summer transfer window and the German international has become one of the fan favourites because he has been useful in Arsenal’s three FA Cup triumphs but he was on the verge of leaving last season before he signed a new contract. So Mesut Ozil is earning £350k a week thanks to his new deal but Daily Mail claims that Arsenal coach Unai Emery has told the club to find a way to let the midfielder leave so that he can get some money to make signings in this Winter transfer window.

Mesut Ozil has found chances limited at Arsenal this season because Arsenal’s new coach Unai Emery doesn’t trust him because he has a low work rate. Unai Emery has refused to add him in the match day squad many times this season, and it recently back fired on Saturday as the gunners got beaten 1-0 by West Ham United, because they lacked creativity.

The report claims that Unai Emery is hoping that the club sells Mesut Ozil in this transfer window so that he can sign players of his own since most of them are Arsene Wenger’s players and they are used to the tactics of the Frenchman.