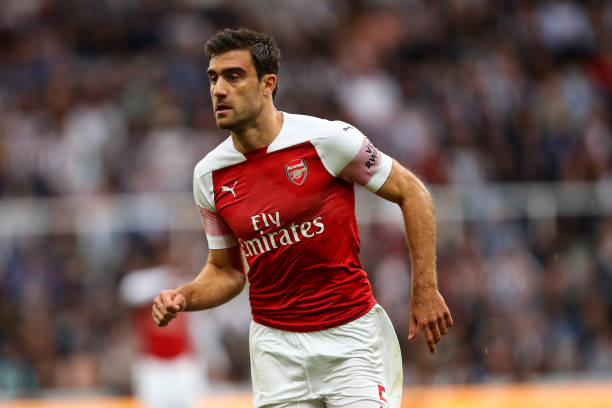 Arsenal signed Sokratis Papastathopoulos from Borussia Dortmund in the Summer transfer window and he has shown that he has the right attitude of a defender which the gunners have lacked for some years now. The Greek international has indirectly urged Unai Emery to give Mesut Ozil more chances in their upcoming matches.

Arsenal made a trip to the London Stadium on Saturday to face West Ham United who were in the 10th position on the Premier League table but the seriously outclassed the gunners in most positions. The gunners were awful in the midfield and hardly got chances because of low creativity in the final third despite getting the ball there.

Arsenal fans weren’t happy with this performance because Unai Emery had left Mesut Ozil at the training ground simply because the players who he thought those who he came with were good enough to get the win. Ozil has been Arsenal’s main chance creator in the last five years but he has however found chances limited under Unai Emery because the current Arsenal boss prefers runners (hardworking players), yet they don’t create chances in some matches.

Arsenal conceded one goal against West Ham United and now looked for an equaliser but they failed to break down the defence of the hammers, and Sokratis Papastathopoulos was also disappointed with the lack of creativity in the final third. The defender indirectly urged Unai Emery to bring back Ozil who is their most creative player.

“I think we did not have what we had in the other games. We did not control the game better than them.” Sokratis told Football.Lomdon.

“We did not create chances or finish them off. We did not score and we paid for one moment. It was expensive. We have to look forward.”

“If you don’t win and you lose some games of course you lose confidence but I don’t think confidence is a problem. The problem is we have to work harder for the next games and be more competitive.”