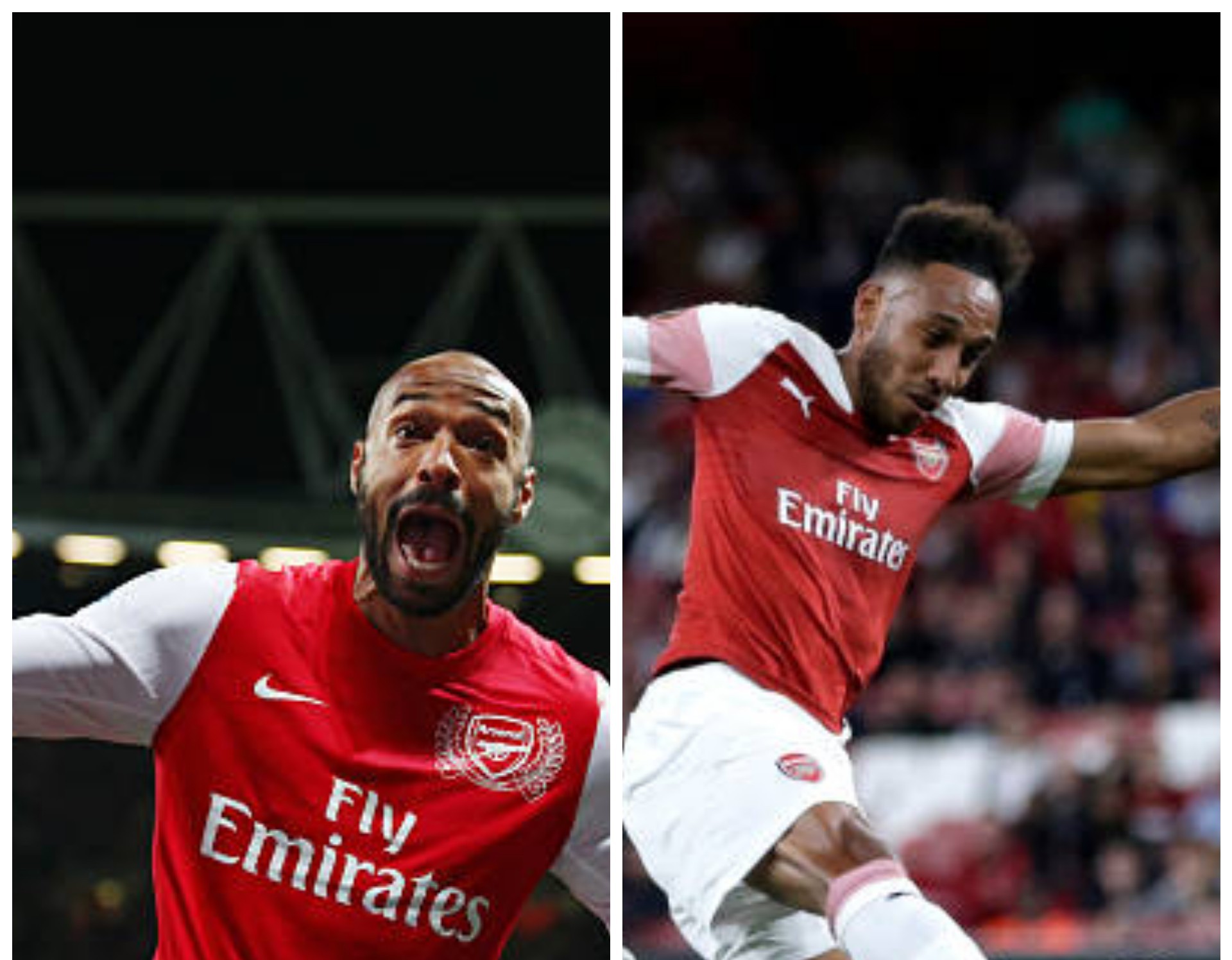 Arsenal fans have seen the best of players being signed at the club most especially by former Arsenal manager Arsene Wenger. This has seen the best legs donning the colours of the London club over the decade.

These have got legendary players like Dennis Bergkamp, Nwankwo Kanu, Fredric Ljunberg and Skipper Thierry Henry horn their skills at the club. Wenger might have left the club but he made two great signing for Arsenal before his departure. These were the capture of Henrikh Mkhitaryan and Pierre-Emerick Aubameyang in January last year (2018). With the latter’s impressive season alongside strike partner Alexandre Lacazette, we do evaluate the similarities between him and the former Arsenal Legend Thierry Henry.

Arsenal has seen the number 14 shirt loved by the Arsenal fans in the past years for the obvious reason. This was readily the performance of French star who signed from French club As Monaco.

Henry moved and became a star for Arsenal as may be the case for Aubameyang as he got his Arsenal career clicking already one year down the line.

Both players are well affiliated to the French consensus as Thierry Henry who hails from West Indies went on to play for France at International level.

This he did winning with France the 1998 World Cup hosted on home soil as he was one of the youngest players in the French squad along with Arsenal’s Patrick Vieira and Emmanuel Petit.

Aubameyang though got his French relativities but he went on to play for Gabon National team.

This is a welcome development for the West Africans as he being saddled with the Captain’s role for Gabon.

Henry and Aubameyang all featured for French sides AS Monaco and Lille.

Both players have shown their immense talent over and over again as Henry scored some individual goals to write his name in the Archives of the club. Henry took a loan move from the major league soccer and returned to Arsenal.

His return was marked by high level of reception by the Arsenal fans who have been used to his goal scoring exploit especially at the then Highbury Stadium.

Aubameyang might have followed his footsteps as he continues his impressive form last season into the present one.

This have seen him rise to the top of the scorers chart as he is in the race for the golden boot with the likes of Tottenham’s Harry Kane, Manchester City’s Sergio Aguero and Liverpool’s Mohamed Salah.