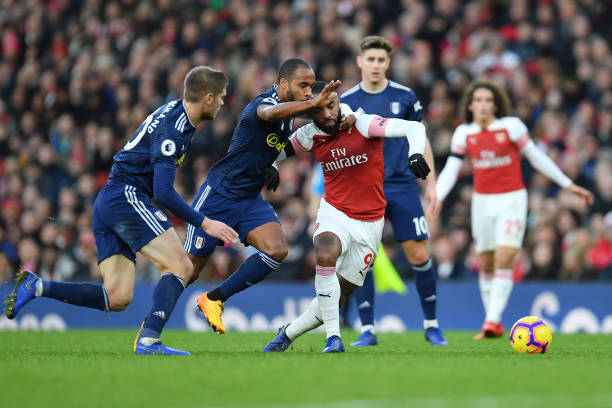 Arsenal completed the signing of Alexandre Lacazette in the 2017 summer transfer window but he has however found chances limited under two different managers at the Emirates Stadium. He is either always benched or is subbed off in the 70th minute yet he has always said that it affects his confidence.

Alexandre Lacazette was in the starting eleven of Arsenal that faced Brighton & Hove Albion but he was later subbed off in the second half when the score was 1-1, Unai Emery was criticized for this decision because he took out an important attacker when the gunners were looking for a goal.

The gunners made a trip to the Anfield Stadium about two weeks back and Unai Emery decided to start Alexandre Lacazette on the bench and we all know how that match ended because the gunners were thrashed 5-1 even though the coach brought him in the second half. Alexandre Lacazette was on Tuesday in the lineup that faced Fulham at home and he scored the second goal but was then subbed off moments later after the visitors had pulled one goal back.

The Arsenal supporters booed this decision but he then cheered them up as he walked off the pitch. Arsenal legend Robert Pires has told Unai Emery why he should keep using Lacazette and why he is important in the starting eleven.

“He is a good point of support & his performances are always good.” Robert Pires is quoted by the Metro.

“The good thing with Alex is he never seems in doubt. He knows his strengths & qualities. Also, he completely matches our game.If he is always available, he has to play. Its simple.”

Agent: Ozil has No desire to leave Arsenal