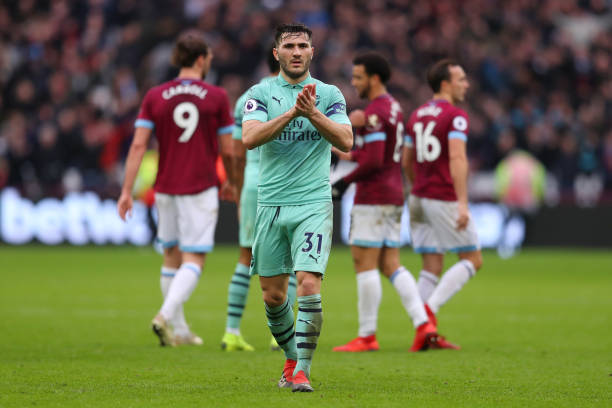 The gunners have today been beaten by West Ham United thanks to a 48th minute goal by Rice hence giving the hammers a win. Arsenal boss Unai Emery decided to rest a few players like Bellerin and Torreira for their match against Chelsea but this decision back fired for him.

Arsenal didn’t have enough intensity in the first half and were getting attacked by the home side numerous times but neither team managed to get on the score sheet in the first 45 minutes. West Ham United got a lot of chances but they missed them and Alexandre Lacazette would have given the gunners the lead in the first minutes of the game but missed. The first half ended 0-0.

Most of the Arsenal supporters were expecting Unai Emery to make halftime substitutions but he this time just continued with the team that was struggling in the first half. West Ham United got the lead in the 48th minute after the gunners tried to defend a corner kick and the ball found its way to Rice who sent the ball into the back of the net

Arsenal’s head coach Unai Emery then brought in Lucas Torreira and Aaron Ramsey who replaced Shkodran Mustafi and Granit Xhaka. These changes sort of improved the midfield of the gunners as they now frequently attacked the hammers but failed to get a breakthrough. Unai Emery later removed Maitland-Niles to bring in Hector Bellerin.

Aubameyang and Koscielny scored for the gunners but their goals were ruled out for being offside. So its Unai Emery’s first defeat in 2019.

Arsenal 2-0 Chelsea: Koscielny and Lacazette on the score sheet