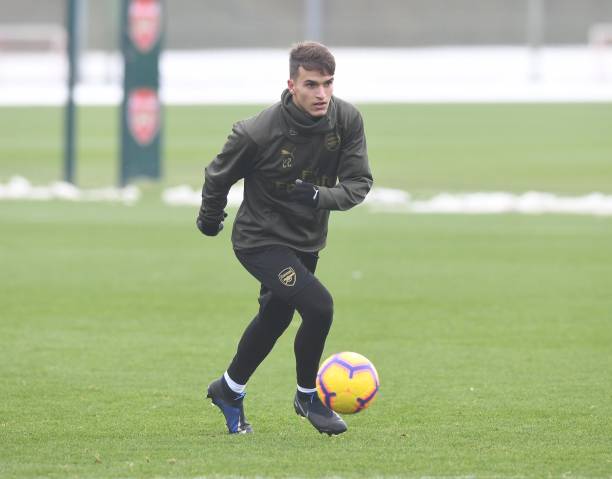 Arsenal might have landed their long-term target Denis Suarez from Barcelona but it remains to be seen how he will be utilized in the days ahead at Arsenal.

This may have prompted the quest to know whether the on loan Barcelona star will be on the starting eleven as the visitors’ (Gunners’) takes on Pep Guardiola’s side in the Super Sunday clash.

For me, his signing is a welcome development which even deserves an extension beyond the end of the season (2018/2019).

However, with the fact that Arsenal won their match against Cardiff, there may be the need for Unai Emery to stick with his side that delivered the three points against the Welsh side in midweek.

This looks contestable as the player brings immense quality to the Arsenal set-up irrespective of the (midfield) quality on the ground at the Emirates.

I feel it will be best for Unai Emery to start with the usual players owning to the level of commitment and recovery they have shown with the three points at home in midweek.

You don’t change a winning side but this could be in exemption as Denis Suarez having got an idea of the Manchester City side having been a City player during the reigns of Roberto Mancini.

This could also be possible as the player enjoys a healthy relationship with Arsenal boss Unai Emery.

But it will be the best for Suarez to come off the bench in the second half probably for Matteo Guendouzi while he studies the match from the bench alongside his (Arsenal) manager Unai Emery.

This could prove decisive for the London side as he may be Arsenal’s joker in the games to come particularly against Pep Guardiola’s men as we awaits his Premier League return maybe from the bench in this highly anticipated match against the redemption-seeking Manchester City side.

Manchester City Vs Arsenal: Four key players that can determine result of this game