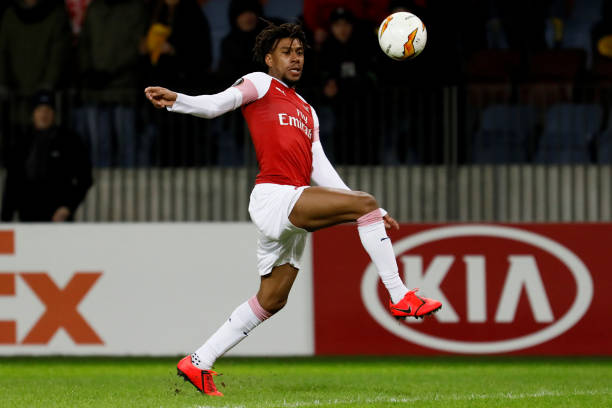 Arsenal will tomorrow face Bournemouth and the club has just released the latest medical report ahead of this upcoming Premier League game. It will be another must win game for the North Londoners if they want to stay in the Premier League top four.

Arsenal winger Alex Iwobi got injured in Sunday’s game vs Southampton and there has been worries on the time he will spend on the sidelines because the player has just got back his form. The club has confirmed that the Nigerian international will be assessed before the match. This is good news for Unai Emery because he will be hoping that he doesn’t see more players get injured in this important time of the season.

Stephan Lichtsteiner has received praise from the Arsenal fans for his performance in their last two matches against BATE Borisov and Southampton. The Swiss international got injured in the second half of Arsenal’s match vs Southampton, the club says that he has back pain but he will also be assessed before their match vs Bournemouth.

Ainsley Maitland-Niles has missed Arsenal’s last two matches because of an illness but the club has confirmed that he is now back in full training ahead of the Bournemouth match and the youngster could possibly start as his Unai Emery’s preferred candidate to cover for Hector Bellerin.

Rob Holding, Danny Welbeck and Hector Bellerin are still recovering from their surgeries according to the club’s recently released medical report.

Unai Emery reveals an update about Iwobi and Lichtsteiner’s injuries