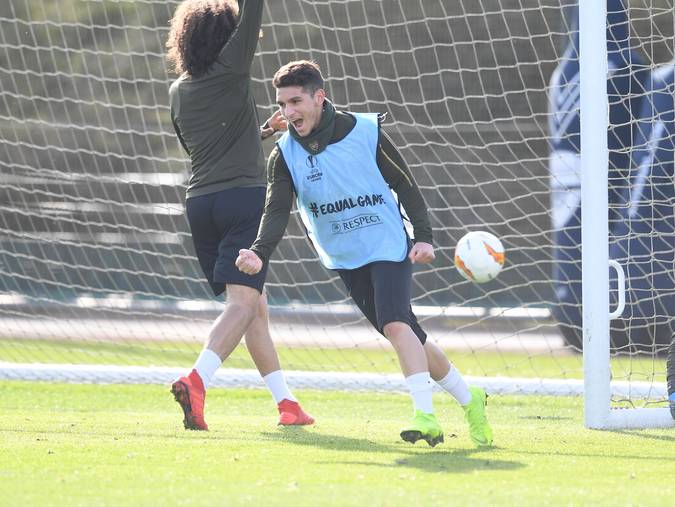 Arsenal has released its starting eleven to face Bate Borisov and Granit Xhaka & Mesut Ozil have returned to the starting eleven. The Arsenal fans have not seen Mesut Ozil start since their home win against Cardiff City a few weeks ago.

It’s surprising how Arsenal boss Unai Emery has decided to bench Lucas Torreira once again yet he is one of their best performing players this season because Granit Xhaka and Matteo Guendouzi hasn’t been that solid in the times it has been used throughout this season.

Arsenal defender Stephan Lichtsteiner replaces Ainsley Maitland-Niles who will be missing today’s game because of an illness. The Arsenal fans will now be worried because they don’t trust the Swiss international because he has not been putting on great performances in the last few weeks but you never know, he might have a good game tonight.