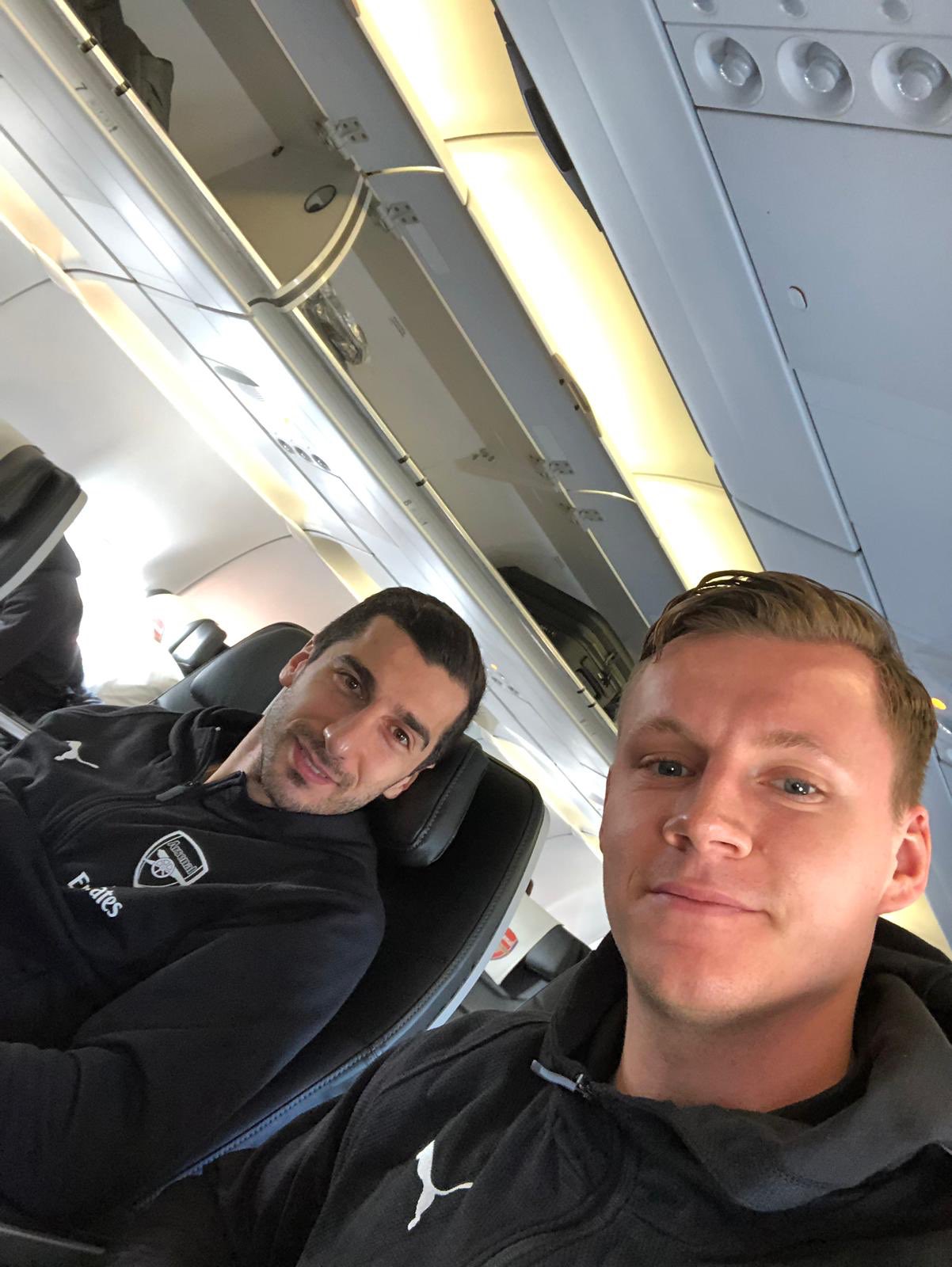 ( Arsenal players have went to Belarus )

Pierre-Emerick Aubameyang has flown out to Belarus with the rest of the Arsenal squad after overcoming an illness that made him miss the 2-1 victory over Huddersfield Town, Aubameyang who is Arsenal’s top scorer has featured only thrice in the Europa League scoring twice.  Granit Xhaka is also in the squad after recovering from a minor groin injury that’s kept him out of the last two games.

However, there was no sign of Mesut Ozil on the plane, despite the playmaker taking part in full training having overcome illness, while Sokratis also looks to have been left in North London after only just recovering from an ankle injury.

Juventus bound Aaron Ramsey misses out due to a knee injury and is on the sidelines along with long-term absentees Hector Bellerin, Rob Holding and Danny Welbeck.

Lucas Torreira says something that will make Arsenal fans happy