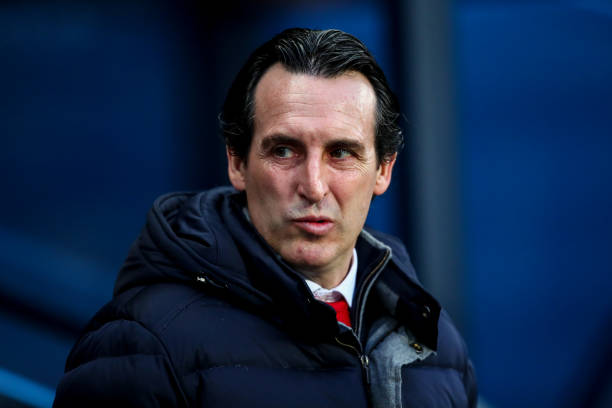 The gunners will today face relegation bound Huddersfield Town away from home and this is a game that will truly require Unai Emery’s men to win by a huge margin because goal difference will play a key part in the race for a Premier League top four finish.

This likely pertains to the Arsenal side

The gunners lost 3-1 to Manchester City last week and this defeat will certainly see the coach change his formation and starting eleven. So let’s take a look at the expected Arsenal lineup to face Huddersfield Town.

The onus will once fall on Bernd Leno to keep the visitors at Bay as Arsenal travels to visit Huddersfield this week. There may be no alteration here as the case may be.

This is a vital area for Arsenal as they need to keep it tight at the back in order to gain goal ascendancy in this fixture.

Shkodran Mustafi had a poor performance against Manchester City but he probably won’t be dropped today.

Koscielny’s leadership presents him as the number one pick in the heart of the defence while his partner is the real question at the moment.

Sead Kolasinac was used in a different role in Manchester but Unai Emery will use him in the left back position today and this will see Nacho Monreal start on the bench.

Stephan Lichtsteiner is hugely trusted by Unai Emery so he will once again be in the starting eleven that faces Huddersfield Town.

So Arsenal’s backline will consist of  Lichtsteiner, Mustafi, Koscielny and Kolasinac.

Arsenal’s boss Unai Emery will make some changes in his midfield. This will see summer acquisitions Lucas Torreira and Matteo Guendouzi feature at the base of the midfield as they were Arsenal’s top performers in the defeat against City.

This is the likely situation as Swiss midfielder Granit Xhaka maybe absent because he is still battling with a groin injury.

In this attacking midfield region, Ozil may be preferred as his creativity will aid Arsenal in connecting their front three  down the opposition area as the host might go defensive against Unai Emery’s men.

This sees him possibly gets the nod ahead of Aaron Ramsey in that position. Unai Emery would likely line-up with Lucas Torreira, Matteo Guendouzi and Mesut Ozil in a midfield of three.

This sees the likes of Henrikh Mkhitaryan back in contention following his return from injury while also mentioning Mesut Ozil here among the probable.

With Alex Iwobi fizzling out against City coupled with Denis Suarez availability, the latter may well get the nod to start alongside the club’s leading goal scorer Pierre-Emerick Aubameyang and partner Alexandre Lacazette as both forward looks to play along each other in the season barring any form of injury.

This sees Unai Emery probably line up with Denis Suarez, Pierre-Emerick Aubameyang and Alexandre Lacazette in the attacking front.

Reasons Why Huddersfield will give Arsenal a hard time

Unai Emery reveals what he expects from Arsenal Vs Huddersfield match